You are at:Home»Current in Carmel»Carmel Community»Former Carmel bus driver arrested for child exploitation

A former Carmel Clay Schools bus driver was arrested June 1 and charged with child exploitation and possession of child pornography. 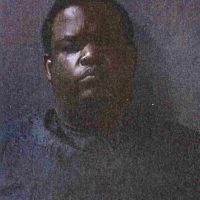 Richards worked as a bus driver for CCS for two years before resigning on Jan. 21 after police alerted CCS officials of the investigation. Emily Bauer, CCS director of community relations, said Richards has not been on school property or performed any duties for the district since school officials became aware of the investigation. She said police confirmed that no CCS students were involved in the case.

The investigation began with a CyberTipline Report from the National Center for Missing and Exploited Children to the task force. The social media site Tumblr had informed the agency that a user had uploaded 12 images of child pornography, mostly of prepubescent girls in either compromised positions or performing sexual acts. Information about the user, including an email address, username and IP address, was sent to Hamilton County detectives. Search warrants led to emails connecting Richards to the Tumblr account.

The task force confiscated Richards’ phone on Jan. 21, the same day he left CCS. According to a probable cause affidavit, state investigators found 26 images of child pornography and child erotica on the phone, as well as conversations through the Kik social media app that shared nine more images.

Richards is facing two counts of child exploitation and one count of possession of child pornography, all felonies. He was taken to the Hamilton County Jail without incident. He is set to go to trial on Sept. 14.

The Hamilton County Metro Child Exploitation Task Force is comprised of detectives from the Hamilton County Sherriff’s Office and the Carmel, Fishers and Noblesville police departments. Anyone with information regarding the case is encouraged to contact the task force at 317-595-3300.