You are at:Home»Current in Fishers»Fishers Community»Schaefer named director of planning and zoning

Megan Shaefer is the City of Fishers new director of planning and zoning. She was formerly the assistant director.

“It’s pretty incredible to work for the City of Fishers because the change happens very quickly here in our development,” Schaefer said. “We can work on a project, then six months later we can see the reality of it actually being constructed.” 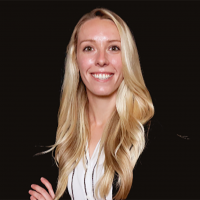 Schaefer, 28, became interested in a career in local government during a college visit to the School of Public and Environmental Affairs at Indiana University. She was a senior at Avon High School at the time.

“From then on, I think I knew that policy is what I wanted to get into, and it felt like local government was the best way to have an impact on the community,” Schaefer said.

Schaefer took her first step on her career path when was a permit technician for the City of Indianapolis in its code and enforcement division. She worked her way up to doing technical reviews on building permits.

“That division in Indianapolis is really where a lot of planners get their start, I would say, in central Indiana,” she said. “From there, a lot of people move on to the doughnut counties.”

Planning road developments, overseeing zoning for buildings and parks and notable developments, such as the Nickel Plate pedestrian tunnel that is under construction, are part of Shaefer’s new responsibilities.

“The thing I get most excited about is pedestrian connectivity,” Schaefer said. “When any new development comes in, that’s a top priority for me. Especially with this last year, we’ve seen people’s excitement over sidewalks grow because they wanted to get out, and I just think that the variation in mobility is going to transform with the Nickel Plate Trail in this area.

“Getting from Point A to Point B won’t just be in a vehicle. People will have access to downtown now from their bike or just by walking.”