Although there’s not much positive about being diagnosed with Crohn’s disease, Annie Spaletto said she is fortunate it was discovered quickly.

Spaletto began experiencing symptoms of Crohn’s disease, or inflammatory bowel disease, in the beginning of January 2020 and was diagnosed at the end of February.

“So, it was only two months of symptoms without a diagnosis,” she said. “For some people, it takes around two years to be diagnosed.” 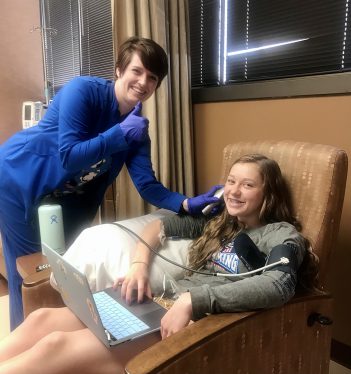 Annie Spaletto gets her first infusion in March 2020.

The 15-year-old Westfield resident became involved with the Crohn’s and Colitis Foundation early in her journey and was asked to be the 2021 Pediatric Ambassador for the Indiana chapter of the foundation. Spaletto is fundraising for the annual Take Steps Walk June 13.

“I assist with their fundraising and social media announcements and marketing, so I have a chance to share my story with everyone out there,” Spaletto said. “Part of what I do is making IBD known to more people and spreading the message about what it is and how it affects people. Some people with it feel really alone and don’t have the support system yet. So, what I’m doing is helping people feel more comfortable and find their support system.”

Spaletto has spoken at national events to share her story and her experiences.

Spaletto, who will be a Westfield High School junior in the fall, is a swimmer for the high school and the Westfield Aquatics Club.

“My teammates and coaches are really understanding and know what I’ve been going through,” Spaletto said. “They’re really helpful in supporting me when I’m not having the best day. I have many flareups even though I’m stable on treatments right now. Sometimes you have to bear with it and wait it out. Despite my infusions, I’ll still have some random symptoms here and there.”

Every six to eight weeks, Spaletto has two-hour infusions of Remicade, a medication to treat Crohn’s disease. Barring a cure, she will need the infusions her entire life.

“It’s more than just having to go to the bathroom — it’s the countless doctors’ visits, it’s the trips to the hospital, it’s the countless times I’ve gotten my blood drawn for blood work, it’s worrying if my levels are going to be off,” Spaletto said. “It consumes my mind at times.”

“I’m trying to raise money for a cure and patient advocacy,” Spaletto said.

That’s something she has to prepare for flaring up on a daily basis.

Spaletto said she likes the Pediatric Ambassador’s role because she has been able to see her friends and family come together for a cause.

“I feel like we really are making a change,” Spaletto said.

Her mother, Jeanne Spaletto, said the family is incredibly proud of the grace and strength her daughter has shown in the past year.

“A lifelong illness is a hard diagnosis for anyone to hear, most especially a teenager,” Jeanne said. “She has persevered through pain and fatigue and continues to show up for life and give her all. She is forthcoming with her journey and shares her story to encourage others to talk about theirs. Her determination to help others and to raise funds to find a cure is inspiring for all.” 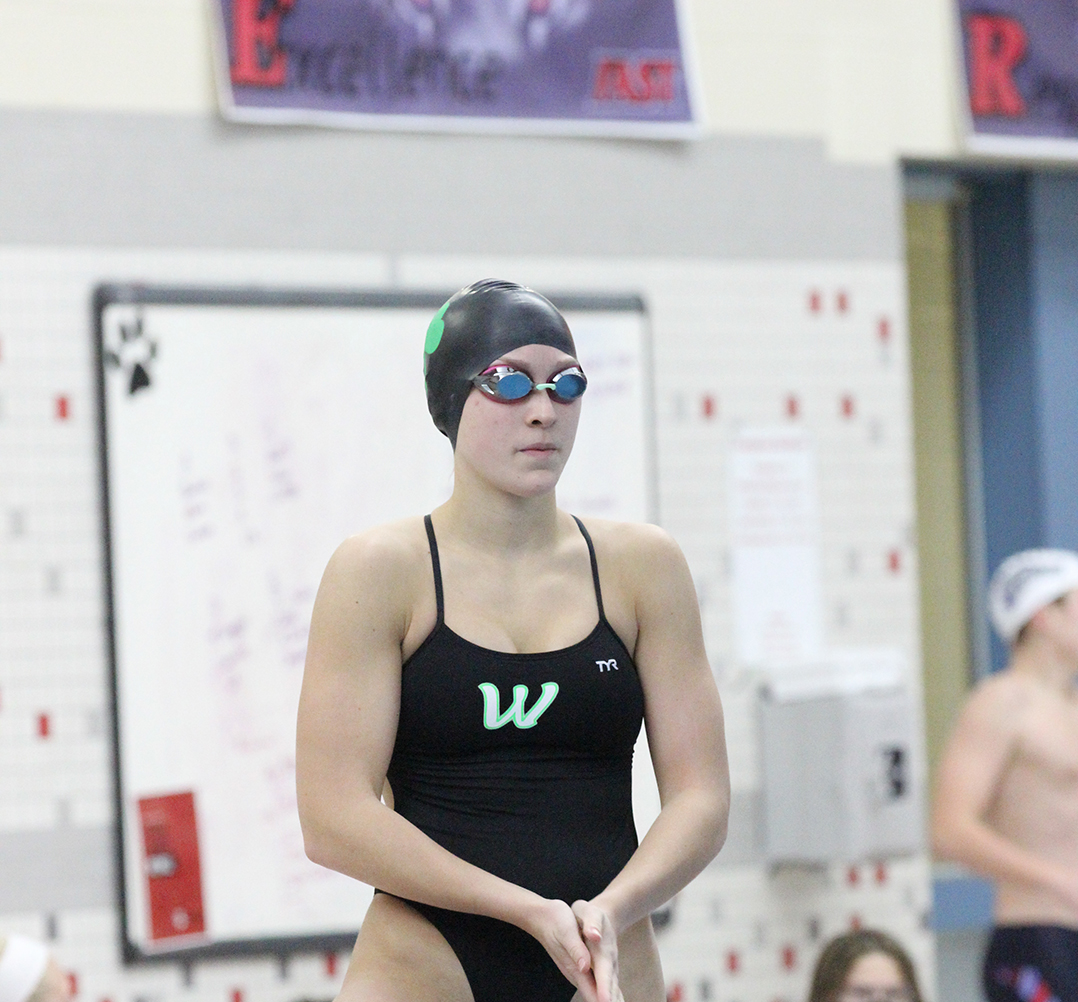 Swimming: Began competing on neighborhood swim teams when she was 4 years old and has been a club swimmer since fifth grade. Her specialties are breaststroke and individual medley. Spaletto was on the 200-yard medley relay team that finished 13th in the IHSAA girls swimming and diving state finals in February.

Hobbies: Baking, singing, going for drives with friends while playing music. Has an Instagram account for her baking: @spalettosweets

Favorite athlete: Former University of Southern California volleyball player Victoria Garrick “because she spreads body positivity and helps everyone feel more confident in who they are,” Spaletto said.

What she does to relax: Listen to music, exercise/run and online shopping.

Ways to support her fundraising team: Two ways to access her team fundraising pages are online.crohnscolitisfoundation.org/goto/SQUATteam2021 and cctakesteps.org/indiana2021 and search for Annie’s S.Q.U.A.T.