You are at:Home»Current in Noblesville»Noblesville Community»Noblesville council member Wil Hampton to step down, move to Florida

Noblesville Common Council member Wil Hampton will step down from his position at the end of July as he and his family relocate to Florida.

Hampton was elected in 2015 to the Noblesville Common Council and reelected in 2019 to the District 4 seat on the nine-member council. He has accepted a position as associate director of athletics at Ave Maria University in Southwest Florida, near Naples. 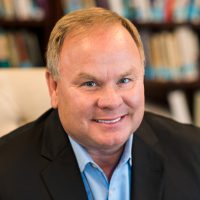 “We never thought we would leave Noblesville, but this opportunity is remarkable. Ave Maria is an authentic Catholic University, and I am driven by my faith to go make a difference,” Hampton stated.

“The work I’ve done throughout my career will help me a ton at Ave Maria,” Hampton stated. “We are continuing to build a great Catholic University in an awesome location.”

Hampton and his wife, Becky, moved to Noblesville in 1996 and raised three children. They are John, who works for Gaylor Electric, and twins Will and Maggie, who will transfer to Ave Maria to continue their education. The Hamptons have been members of Our Lady of Grace Catholic Church since 1996. Becky has been the coordinator of elementary religious education at OLG for the past 13 years.

“It’s tough to leave Indiana, especially our family and friends. I really enjoy being a member of the City Council and will miss not being a part of Noblesville’s continued growth and success.” Hampton stated. “Thank you to everyone who has helped my family and me on the journey. My feet will be in the sunshine state, but I’ll always be a Hoosier.”