You are at:Home»Current in Carmel»Carmel Community»Westfield residents to perform for Scout Band in Hawaii

Xavier Howard is poised for a unique traveling experience. 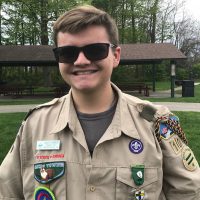 Xavier and his twin brother, Zachary, are members of the Crossroads of America Scout Band, the oldest Scout band in America and founded in 1917, which will make three appearances in Hawaii June 20 to 26 as part of the memorials marking the 80th anniversary year of Japan’s attack on Pearl Harbor. The performances include a concert at the Battleship Missouri Memorial.

“I’m looking forward to doing things with the Scout Band you normally wouldn’t get to do if you just visited Hawaii on your own,” Xavier said. “The thing I enjoy most is to have cool experiences you wouldn’t otherwise get. A lot of things we get to do aren’t everyday things. I think that’s cool. I just want to go see things I’m never going to get to see again.”

The twins are two of four Westfield residents, joined by Westfield High School senior Joel Kahn and his mother Kelly, going on the trip. 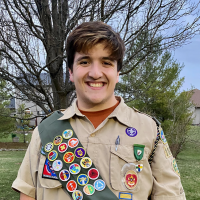 Zachary installed a flag pole at the same church.

“I chose this project as it would allow for my church to display an American flag and a Methodist flag. Additionally, I thought it added a perfect touch to the building (because) it also supported Scouting as we were able to conduct flag ceremonies,” Zachary said.

Zachary said going to Hawaii is an “awesome opportunity to go somewhere I’ve never been and see new things.” 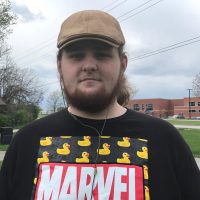 “We have a lot of youth and adults in the band, people that have and haven’t been in Scouts,” Joel said. “We play a lot of patriotic music and then stuff like ‘YMCA’ and ‘Happy,’ or things people will know.”

“I haven’t done that much traveling growing up,” Joel said. “Hawaii is so much different than going to Texas, Arizona or Iowa. It will be a fun opportunity.”

“There are times we’ve had over 100 in the band, and a couple years ago we were down to 12,” Kelly Kahn said. “It’s starting to grow more again.”

Kelly, the band’s assistant director and publicity chair, plays clarinet and tenor saxophone. She and her son joined in 2015.

“We are looking for sponsors to make donations to help support our Youth for Tour,” Kelly said. “We call it Adopt A Scout. The sponsor can select a youth member, or let us make the determination, but all of the money received goes toward that Scout’s tour fees.”

Prior to leaving, the band will play a concert at 7 p.m. June 18 at Sycamore Reserve Senior Living in Indianapolis.