You are at:Home»Current in Carmel»Carmel Community»Carmel man stepping down as state’s longest-serving insurance commissioner

Robertson, who joined the department in 2008 as the title division director, was appointed IDOC commissioner by then-Gov. Mitch Daniels in 2010, reappointed by then-Gov. Mike Pence in 2013 and again by Gov. Eric Holcomb in 2017. 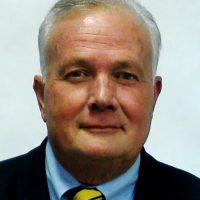 “I was proud to be given the opportunity to serve the citizens of Indiana for many years,” Robertson said.

The Carmel resident has resigned his position effective June 1. Robertson said he is not retiring, just leaving state government.

“I plan to look for other challenges in the near future,” he said.

Holcomb thanked Robertson for his leadership to grow Indiana’s business-friendly environment while also providing efficient and effective oversight of insurers.

“His expertise in the insurance industry has protected Hoosiers during some of the most vulnerable moments of their lives,” Holcomb stated.

Under Robertson’s guidance, the number of insured Hoosiers has increased nearly 6 percent from 2013 to 2019. He worked with insurance companies to ensure all Indiana counties had at least one insurance company offering individual Affordable Care Act-compliant plans.

“As commissioner, one of my major accomplishments has been that the department was always under budget and unused funds were returned to the state,” Robertson said. “Also, under my charge from 2011 to 2019, the IDOI took action against several title insurance companies for their overcharges on premiums to Indiana consumers. Based on these actions, the IDOI estimates that the yearly average savings to Indiana consumers from 2005 to 2013 was approximately $2,692,000 per year, as well as fines and refunds totaling approximately $36 million.”

“When I was appointed, I had certain goals I wanted to achieve: To enhance the professional stature of the staff and to develop their decision-making process,” he said. “I am proud of the work our staff has done in reaching our goals to protect Hoosiers.”

Robertson’s insurance career began in 1977 with the Nebraska Dept. of Insurance, where he served as general counsel. Prior to joining the IDOC, he worked nearly a decade with Conseco Insurance Group, where he was a senior vice president.