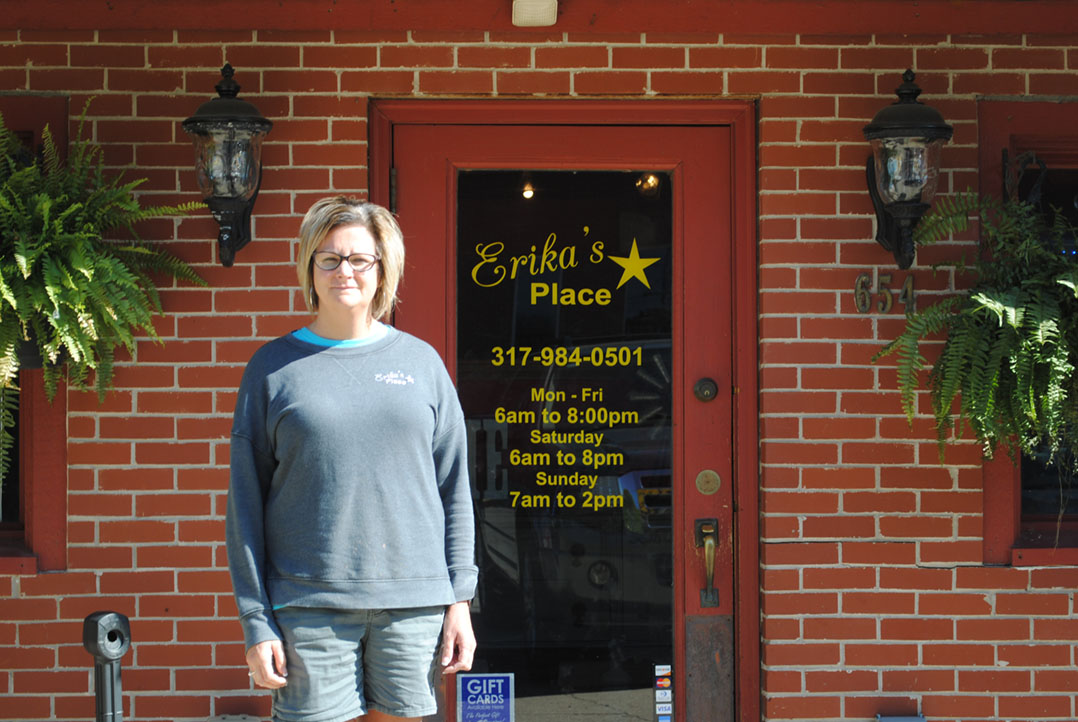 When Gov. Eric Holcomb’s mask mandate ended April 6, many businesses erred on the side of caution, and “Masks required” signs remained in their windows. Others, however, decided to return to business as normal prior to the COVID-19 pandemic.

Erika Flanders, co-owner of Erika’s Place restaurant, and her business partner, Cheryl Hunter, are one of the businesses that allows employees to choose whether or not to wear a mask.

“We had decided once the mandate was lifted that we would let our employees choose what they wanted to do, and some of them still do wear a mask,” Flanders said. “Some don’t. We decided to take our signs down that said masks were required and just let the customer decide as well. They have the choice to do what they want to do.”

The pandemic was hard on local businesses, especially restaurants. But now that her business has resumed operations, Flanders has received hateful comments on social media about her decision not requiring masks for customers or employees.

“It just eats at me because this is my heart and soul,” said Flanders, holding back tears. “I’ve been (waitressing) for 28 years, and I know you can’t make everybody happy, but it drives me crazy to see one little remark out there and it goes wild. I know the mask thing is so divided right now, but I just feel like it’s our choice. This is America.”

Despite the negative comments and threats that customers won’t come to Erika’s Place, which has a flagship location in Cicero and moved its Westfield location to downtown Noblesville in January, Flanders said customers line up out the door every weekend to get a table.

“We have had a lot of customers, and not even regular customers, just some people I don’t even know, say, ‘It’s nice to see your smile’ or ‘It’s nice to see your face,’” Flanders said. “Nobody has said anything negative to me inside (the restaurant). It’s all social media. My true feeling is they wouldn’t come and say it to my face. They hide behind a computer, and I feel like if that’s your feeling, you don’t need to come in here.”

Flanders and her staff said they were “super excited” to come to work April 6 and not be required to wear a mask. 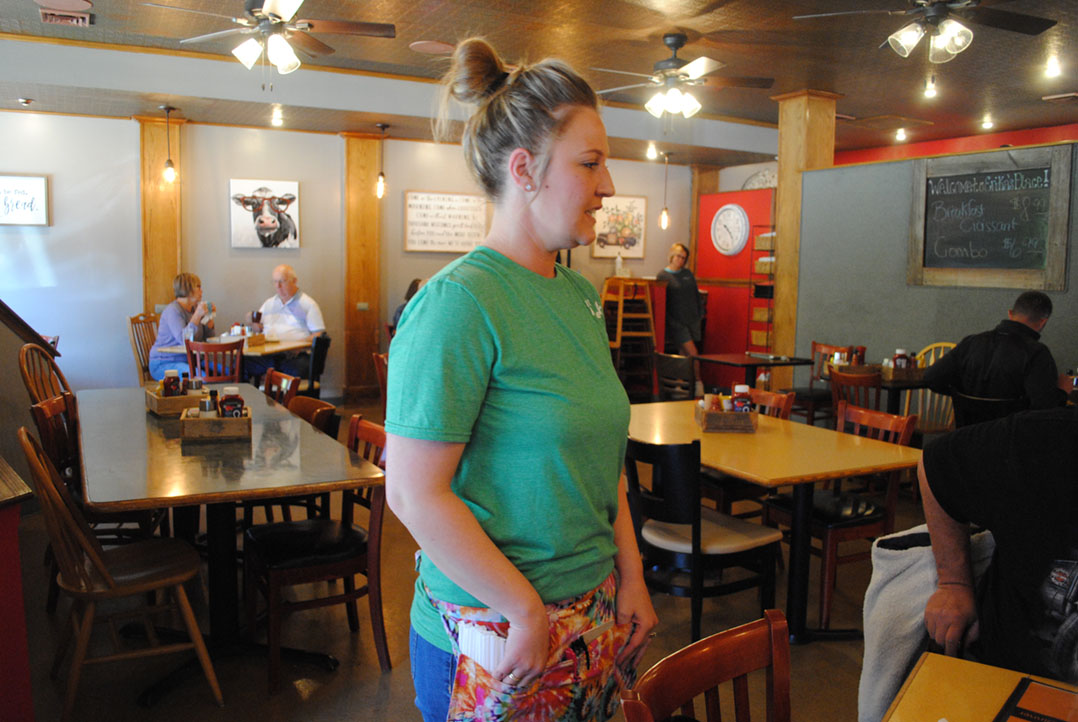 Chelsey Saxon greets customers at a table at Erika’s Place in Noblesville. (Photo by Anna Skinner)

“We all got used to the masks, so had we had to continue to wear them, I’d be OK with it, but I am happy we have an employer who lets us choose,” Saxon said.

“We just feel like we want to get back to normal as much as possible,” Flanders said. “Yes, I didn’t expect (the negative comments), but I guess I thought more people would be ready for the mandate to go away than what happened, especially with social media. But I feel like we need to move ahead. We’re going to be here forever if someone doesn’t take that step.

“There have been a lot of businesses choosing to still require masks, and it’s kind of a battlefield about the decision on social media.”

Erika’s Place opened its flagship restaurant in Cicero nine years ago and opened a store in downtown Westfield shortly after that. However, several issues with the Westfield location led to Erika’s Place moving that location to the building in downtown Noblesville that used to house Courtney’s Kitchen.

“The (downtown) parking was an issue, and after COVID, our business never came back like it was,” Erika’s Place co-owner Erika Flanders said. “The intersection we were at (at Union Street and Ind. 32), we don’t know what’s going on there with the road.”

Since moving to downtown Noblesville, Flanders said business has already surpassed that of the Westfield location.