You are at:Home»Current in Fishers»Fishers Community»DeLong resigns from Fishers City Council

In a decision Samantha DeLong called bittersweet, she has resigned her seat on the Fishers City Council. She represented the North Central district. Her final city council meeting was April 19. 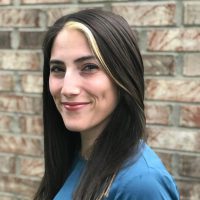 “I worked very hard for this position, so to be leaving is very hard but I’m trying to do what’s best for my family,” said DeLong, one of the two Democrats on the city council.

DeLong resigned because her husband Joe accepted a new position as a network engineer for the City of Henderson in Nevada. The family is moving to Henderson at the end of the month.

“We really appreciate everything she has done,” said Dayna Colbert, chair of the Hamilton County Democratic Party. “She put in the hard work talking to her constituents, both as she was running and (when) she was elected and she served admirably on the city council.”

DeLong was elected to the council seat in 2019. She said she was especially proud to have been a part of an environmental working group that the council organized.

“I’m sad that I won’t be able to continue on with that and I hope that they make great strides since it was just in the beginning phases when I joined,” DeLong said.

DeLong isn’t sure if she will pursue politics again in Henderson. She is looking forward to spending some time with her family and not having to deal with cold weather anymore.

The Hamilton County Democratic Party will conduct a caucus at 3 p.m. April 25 at 3 p.m. to fill the vacant seat. As press time, two individuals have submitted paperwork to become candidates, but their names were not available to the media.

“We’re trying to make the transition as seamless as possible,” Colbert. said.