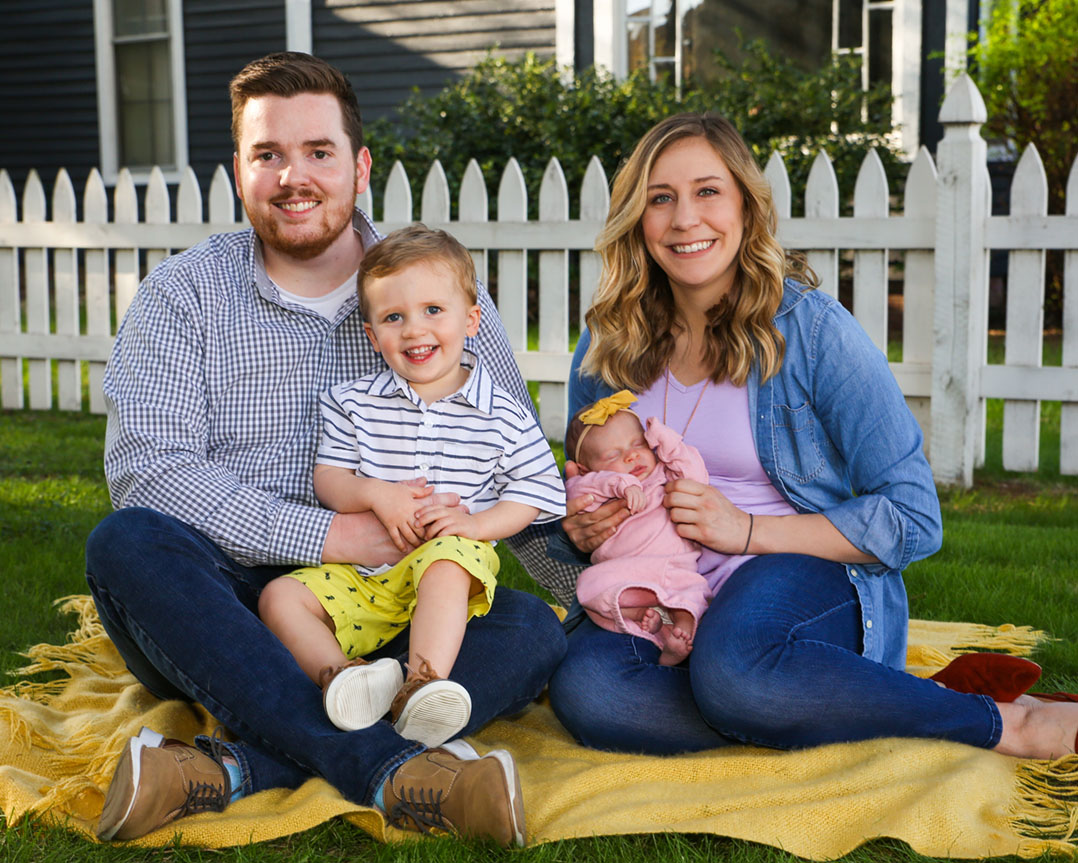 When Noblesville resident Hillary Scott had her first child, she was in labor for eight hours. So, when her contractions began at 1 a.m. March 24 with her second child, she thought she had time to get to the hospital.  But she didn’t.

As a result, she gave birth not in a hospital, but in a car.

First, the couple had to drop Grahm off at Hillary’s mom’s house, which was on the way to the hospital.

“Once we left the house, the contractions were about a minute apart, and I started to realize we weren’t going to make it on time,” Hillary said. “I told my mom, ‘We can’t stop and talk. We have to hurry.’”

“But her pain was so bad, when I got to the intersection of (Ind. 38) and Little Chicago, I was like, ‘We can turn left and go to Riverview’ or keep going to North, but North was 20 more minutes,” Zach said. “She’s like, ‘Go to Riverview! Go to Riverview!’ So, I take the left and fly down to Riverview.”

The Scotts pulled up to Riverview’s emergency entrance, and a man came up behind them and followed the couple into the hospital parking lot after watching Zach run a red light.

“I ran over to Hillary’s door and I opened it to help her and was reaching over honking the horn and this guy came up asking if he can help, and I said, ‘She’s about to have a baby,’” Zach said. “So, I’m out there helping Hillary and the guy comes back out and said, ‘The people are on their way. Here’s a wheelchair.’ I told Hillary, ‘Let’s get you in the wheelchair and get you inside,’ and she’s not even sitting in the (front) seat and said, ‘I can’t sit down, the baby is coming.’”

Then, a paramedic and a registered nurse arrived at the car and told Hillary to push. 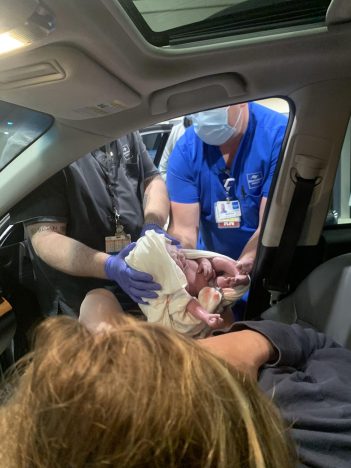 “She’s like, ‘Right here?’ And they’re like, ‘Yeah, you’re not going anywhere else,’” Zach said. “She gave one push and the baby was out.”

After the birth, Hillary held the baby as the group wheeled her inside because the umbilical cord was still attached. Both mom and baby are healthy.

Zach said the couple left Hillary’s mom’s house at 4:03 a.m. and the baby arrived at 4:11 a.m. Hillary said she’s not sure why the labor period was so brief.

“I was induced in my first labor because it was a week after the due date,” she said. “But the labor was probably eight hours or something.”

Hillary’s due date this time was March 30.

“My mom had fast deliveries, four hours or less, and my sister’s babies came pretty fast, too,” Hillary said. “I thought maybe I was different than them, but apparently not. The first one took a while, but this baby just came so fast.” 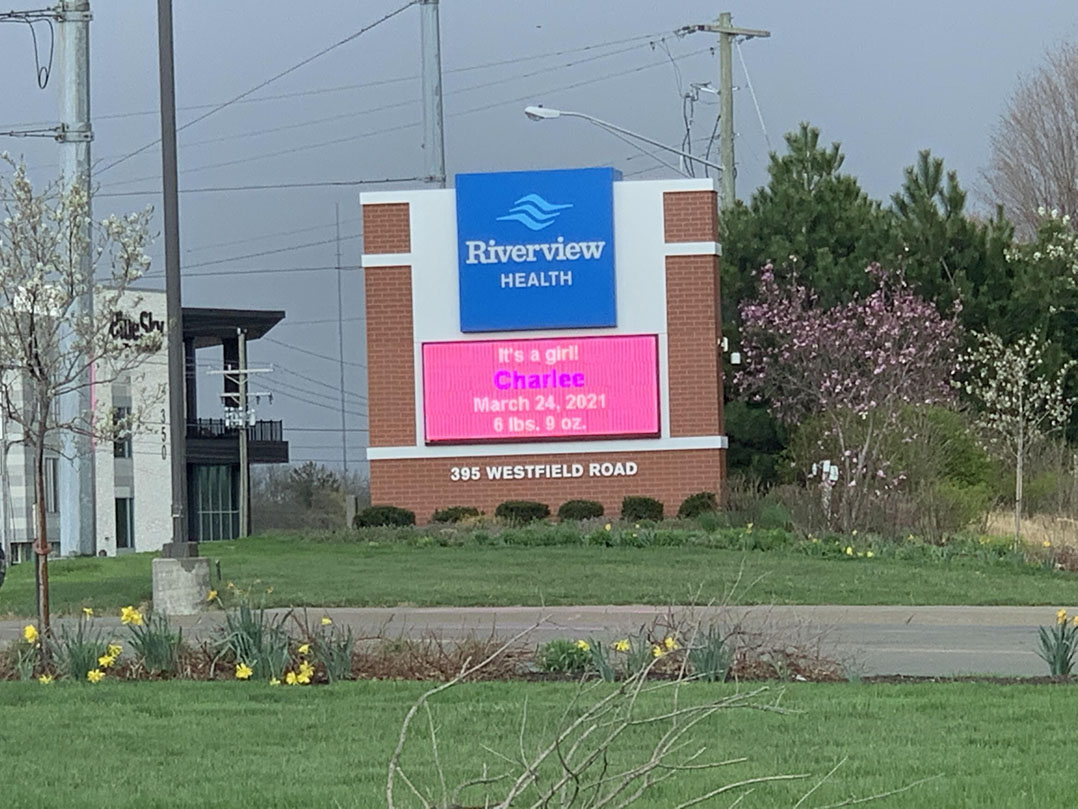 Zach Scott works in the software department at IU Health North in Carmel, which was part of the reason the couple planned to deliver their baby there. Although they didn’t plan to deliver at Riverview and there wasn’t a doctor present at the delivery, Zach and Hillary said they felt they were in great hands.

“We felt like we were in great hands the whole time,” Zach said. “Everyone was so friendly.”

Because of the COVID-19 pandemic, Hillary said she’s heard lots of jokes about curbside deliveries since she and Charlotte arrived home.

The Scotts also extended a thank you to the random stranger who helped them in the parking lot, although they never learned his name.

Despite the chaotic delivery, the Scotts said Charlotte is “the most relaxed baby ever.”