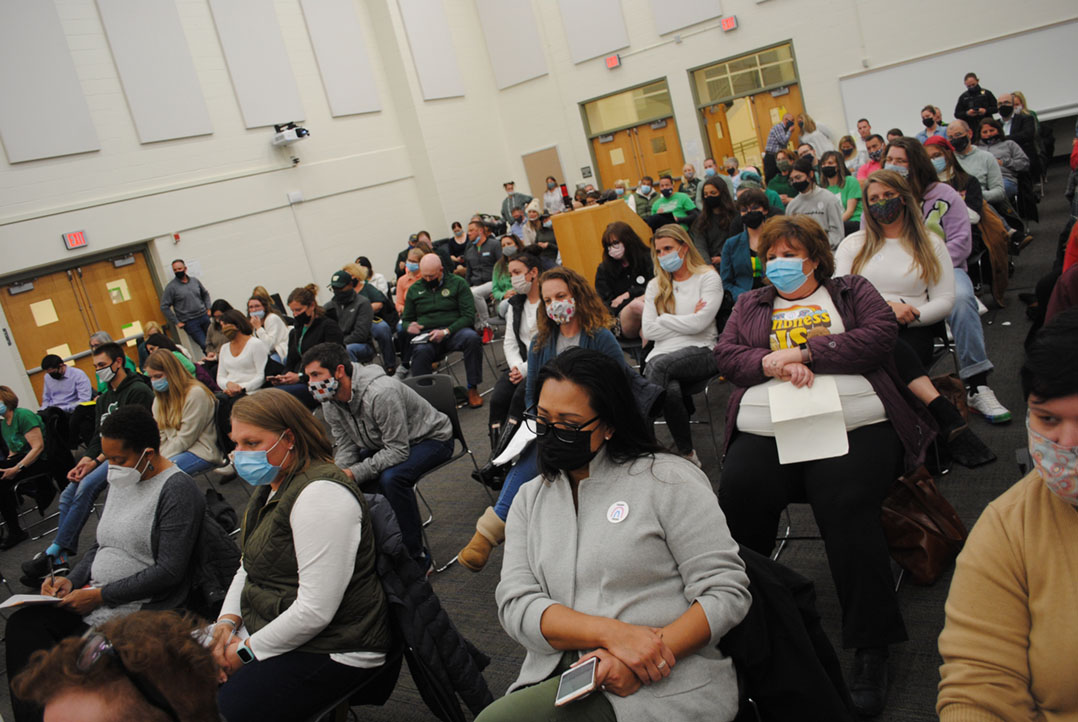 The Westfield Washington School Board meeting was packed, and the majority of attendees spoke either in favor of or against allowing LGBTQ books to be accessible to elementary-age students. (Photo by Anna Skinner)

When Unify Westfield learned that books containing information on LGBTQ issues were available in the Westfield Washington Schools’ elementary libraries, the group launched a petition calling the school board to restrict access to those books.

Unify Westfield states it exists to support WWS in its pursuit of the guiding principles of respect, responsibility, honesty, compassion and hard work.

A day after the petition was launched, Westfield Parents 4 Change, a group advocating for diversity, equity and inclusion in WWS, countered with a petition asking the district to allow the books to remain easily accessible in the libraries.

The room was packed at the April 20 WWS Board of Trustees meeting, despite the fact the topic wasn’t on the school board’s agenda. Instead, people spoke during the public comment section of the meeting expressing their opinion on the topic for more than two hours.

Prior to the comments, school board president Jimmy Cox said the board would not be answering questions from the community during the public comment portion of the meeting.

“As a school board, our job is not to micromanage the staff. We trust them to make the best decision possible to educate our children,” Cox said. “They are the experts in their fields. We appreciate when the public engages with us, and we do listen.”

Interim Supt. Chris Baldwin read a statement prior to the public comments.

“We educate young people to be culturally and self-aware,” Baldwin said. “We accept all enrollees, regardless of circumstance. I want to say I support and trust our professional teaching staff and administration to make choices in the best interest of all students.”

Parents on both sides of the issue spoke during the public comment portion of the meeting. Many Unify Westfield parents spoke about their concern regarding allowing children in grades K-4 to freely access the books. Their main request was not to ban the books from the libraries but to restrict access by requiring parental consent prior to a child checking out one of the books.

Some parents with Unify Westfield said that “public schools should stay in their lane” and that WWS may lose students to charter schools if they continue to offer access to LGBTQ books. They argued that the books could be “terribly confusing” for students in grades K-4 and that those conversations should be left to the parents.

“Please join Unify Westfield in our effort to have these books removed from areas where they can be freely accessed in the schools and in the school counselor’s office,” the petition read. “Before discussing the topic of gender identity with students, the counselor must be required to receive written approval from the student’s parent or legal guardian.” 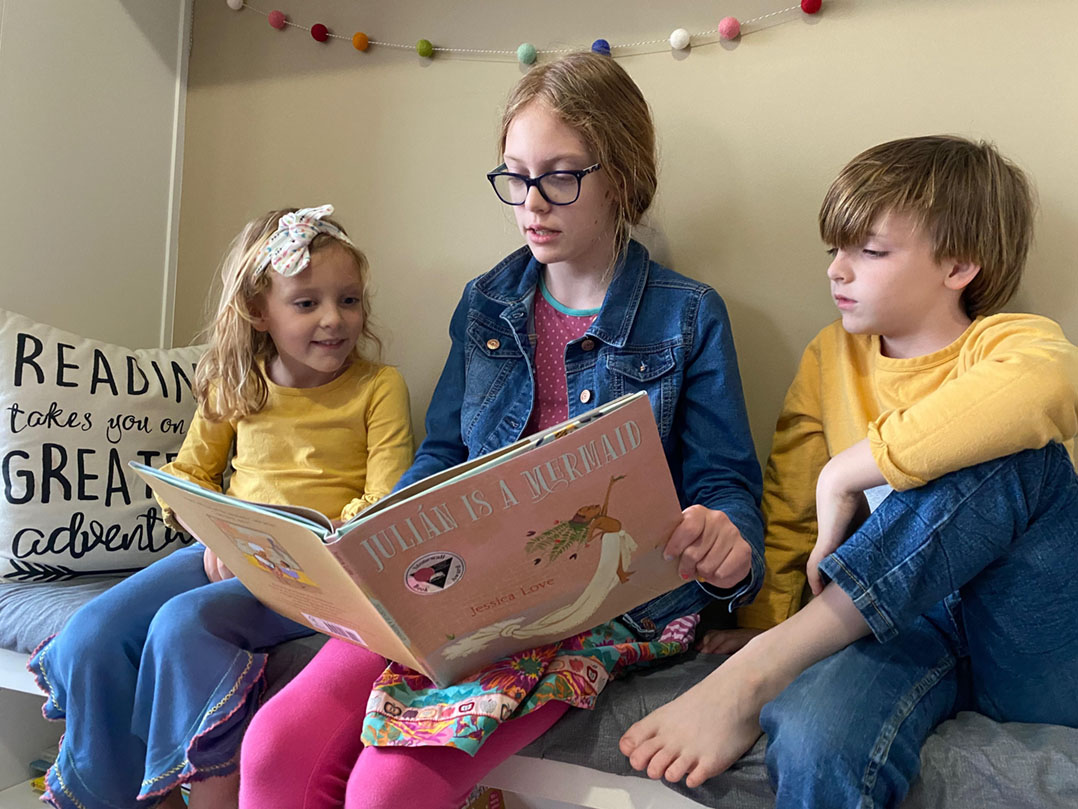 From left, Lorelei Hill, Adalynne Hill and Sully Hill read “Julian is a Mermaid,” one of the LGBQ books under debate. (Submitted photo)

Unify Westfield’s petition is asking for restricted access to the following books: “I am Jazz,” “George,” “It Feels Good to be Yourself,” “Julian is a Mermaid,” “Morris Micklewhite and the Tangerine Dress,” “One of a Kind Like Me” and “They, She, He, Me. Free to Be.”

Speakers in favor of the Westfield Parents 4 Change petition shared stories of attending WHS as an LGBTQ student and feeling as if it was an unsafe environment for students to come out. Several experts in the social work field also spoke in favor of keeping the books easily accessible. 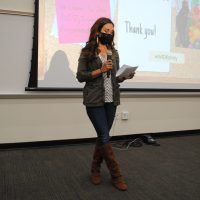 Kristina Ray-Bennett speaks during the meeting. (Photo by Anna Skinner)

Kristina Ray-Bennett, who is working toward her doctorate in social work and serves as an associate lecturer at Indiana University and a trauma expert at judicial proceedings, shared studies about how most children can label themselves as a boy or a girl before age 3 and that by age 4 most children have a sense of their gender identity or orientation.

“Identity is not a choice,” she said. “It is a strong sense of self, just as you know you are a boy, a girl or straight, this population knows their identity and orientation by age 4. They need to know there are safe places. (More than 68) percent of LGBTQ youth are afraid to come out to their immediate family. If a child is uneducated on a topic, they are unable to appropriately verbalize feelings to their family when coming out.”

As of press time, more than 1,600 people signed the Westfield Parents 4 Change petition and nearly 1,500 people had signed the Unify Westfield petition.