You are at:Home»Night & Day»Behind Bars»Putting the “craft” in craft cocktails: Pinheads bartender adds barrel-aged and draft cocktails to bar’s line-up 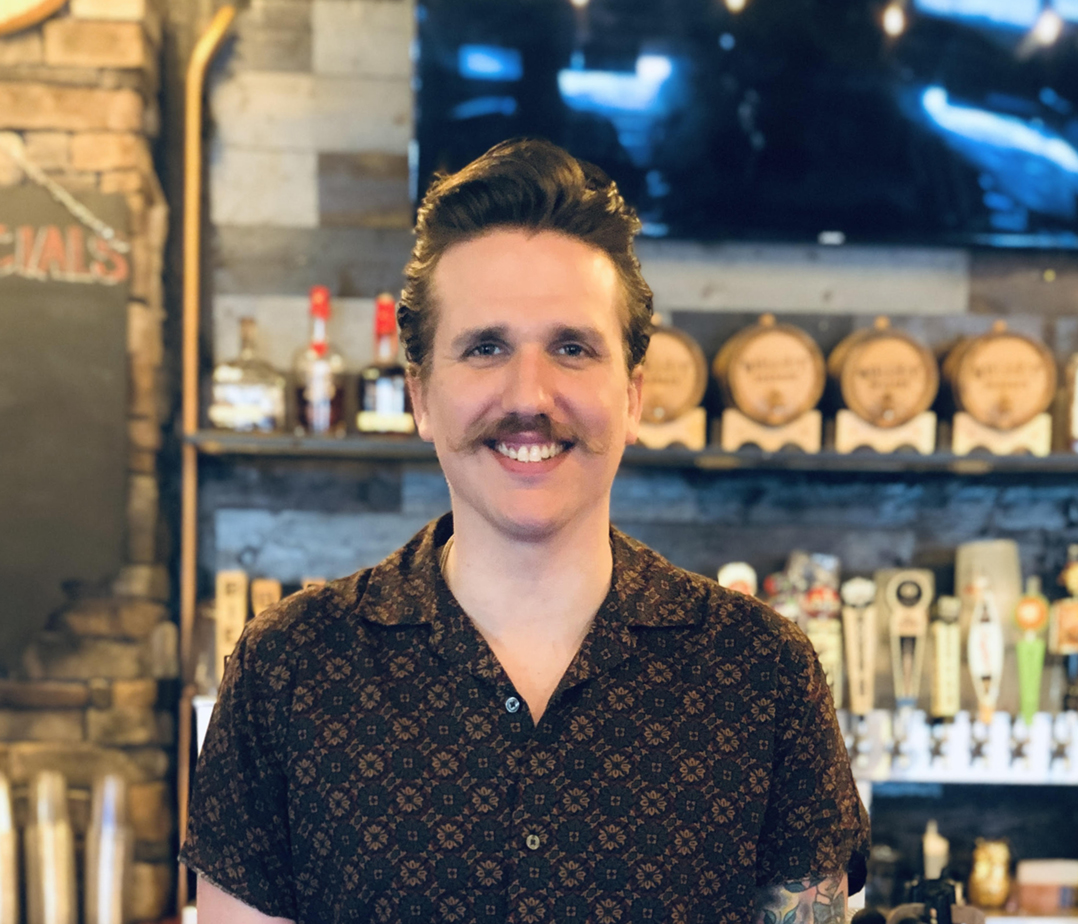 Fishers resident Alex Verdoorn has been a bartender at Pinheads in Fishers for four years. (Photo by Anna Skinner)

Most of Fishers resident’s Alex Verdoorn craft cocktail experience comes from home bartending, and now he has creative freedom to implement what he’s learned in the workforce.

“I’m really lucky they’ve given me complete freedom to do whatever I want here,” Verdoorn said.

One of Verdoorn’s most popular additions are barrel-aged cocktails, whereby he ages cocktails in 5- or 3-liter barrels from various liquor companies. The barrels have different char levels, in which the wood is charred to flavor whiskey. The levels influence how a spirit tastes after an aging period of several months.

The most popular barrel-aged cocktail is Not for Karens, made by infusing whiskey with elderflower, orange, allspice and almond and then barrel-aged for six months.

Most of Verdoorn’s inspiration comes from books and YouTube videos. Every six months, he updates Pinheads’ cocktail menu with seasonal flavors. He is working on summer-themed cocktails for the restaurant’s outdoor tiki bar.

“Those will have over-the-top garnishes and fruit and be mostly rum and served in tiki mugs,” he said.

Pinheads began allowing Verdoorn to take creative reign after customers began requesting drinks he had made them in the past but other bartenders were unable to replicate.

“We go through a lot of volume here because we are a large facility,” Verdoorn said. “I’ve learned the only way to get a quality cocktail out quick enough is to batch them all.”

So, Verdoorn makes some of his popular cocktails in bulk, such as an espresso liqueur or a mango habanero whiskey cocktail so other bartenders can serve the same drinks.

“The hardest trick, honestly, is to figure out ways to batch a cocktail that still tastes good that isn’t going to go bad,” Verdoorn said. “Like when you’re putting lime or lemon juice or citrus in a cocktail, or bottling fresh juice, it’s essentially the pulp going bad. So, if you clarify it where it’s clear, it’s good for a long time, and the more alcohol in it, the better it can stay longer.”

Verdoorn enjoys discovering ways to make someone enjoy a spirit they claim to dislike and also taking a single ingredient and creating a cocktail featuring that ingredient.

“I really like challenging people and showing them, ‘No, you do like gin, you have just had terrible gin and terrible tonic (in the past),’” Verdoorn said.

Favorite drink to enjoy: Straight whiskey or a Negroni.

Favorite drink to make: “All of them,” he said, laughing.

How he runs his cocktail parties at home: Asks the attendee what their favorite spirit is, if they prefer sweet or sour and if they like spirit-forward cocktails, and then makes a drink based off the feedback.

Staple tool any bartender should have at home: A good shaker and strainer. “That’s huge in my opinion. I feel like a lot of people don’t have that at home.”