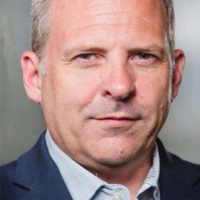 Dan O’Toole’s mind began racing when he first heard the buzz about the prospect of drone delivery.

The Carmel resident said he envisioned scenarios where parcels would end up in the yard or unattended on the porch. O’Toole figured it also would create opportunities for theft or weather damage.

“So, I started thinking about the safe and secure smart mailbox part of the equation,” said O’Toole, chief executive officer of DRONEDEK. “I had a couple of ideas and I thought this is a really amazing thing and it’s going to be the future. I’ve been in business a lot of years and I know people don’t act on things as quickly as they should. It’s been my experience if one guy has an idea, 10 guys get the idea at the same time.”

O’Toole didn’t want to be the person who didn’t react quick enough, so he rushed to the patent office in 2014.

“Three years later, the patent was issued. It turns out I was right about the view of that because I beat Amazon by nine days, I beat the postal office by two weeks and I beat Valqari by 22 days,” O’Toole said. “I am the established first position patent holder in smart drone delivery.  That had given us the impetus to move forward. Had I not gotten that patent I would not be in this space at all. If you are second, you’re the loser. If you are first, you’re the winner.”

O’Toole received his first patent in December 2017 and a second patent in October 2019. He has two patents pending at the patent office for examination and a fifth patent in development.

“We’re bringing the mailbox up to the same standard as the smart computer, smartphone and smart car,” O’Toole said. “We have a heated and cooled cargo area, which opens up the prospect of food, beverage and pharmaceutical delivery. You’ll get notifications when an item shows up.”

O’Toole said every DRONEDEK will have a drone charging station built into it.

“The greatest impediment to drone delivery is battery life,” O’Toole said. “We defeat that because we create a limitless range. A drone can come to your home, drop off a package, take a small charge, go to your neighbor’s home and take a package they want to ship out and take it back to the hub.”

The startup, whose headquarters will be in the City of Lawrence, has raised more than $1.25 million to support product launch. Investments come from a combination of angel investors and a crowdsourcing campaign that closes April 30.

“We are on our third-generation prototype right now and expect to take delivery of those this year,” O’Toole said. “We have 25 engineers working every day on our project.”

Pilot programs have been set up for testing with the City of Fishers and City of Lawrence for possibly this summer.

The Indiana Economic Development Corp. has offered DRONEDEK up to $1.7 million in conditional tax credits based on the company’s plans to create up to 85 new, high-wage jobs in the state by the end of 2025. The tax credits are performance-based with the company being eligible to claim incentives when Indiana residents are hired.

O’Toole said it is being evaluated whether manufacturing will be outsourced domestically or overseas.

The drone and parcel weight can be a total of 55 pounds. O’Toole said 91 percent of deliveries are 5 pounds or less.

The revenue model for DRONEDEK will be subscription-based.