You are at:Home»Lifestyle»Travel»Column:  Deer Creek sycamores: Fact or fiction? 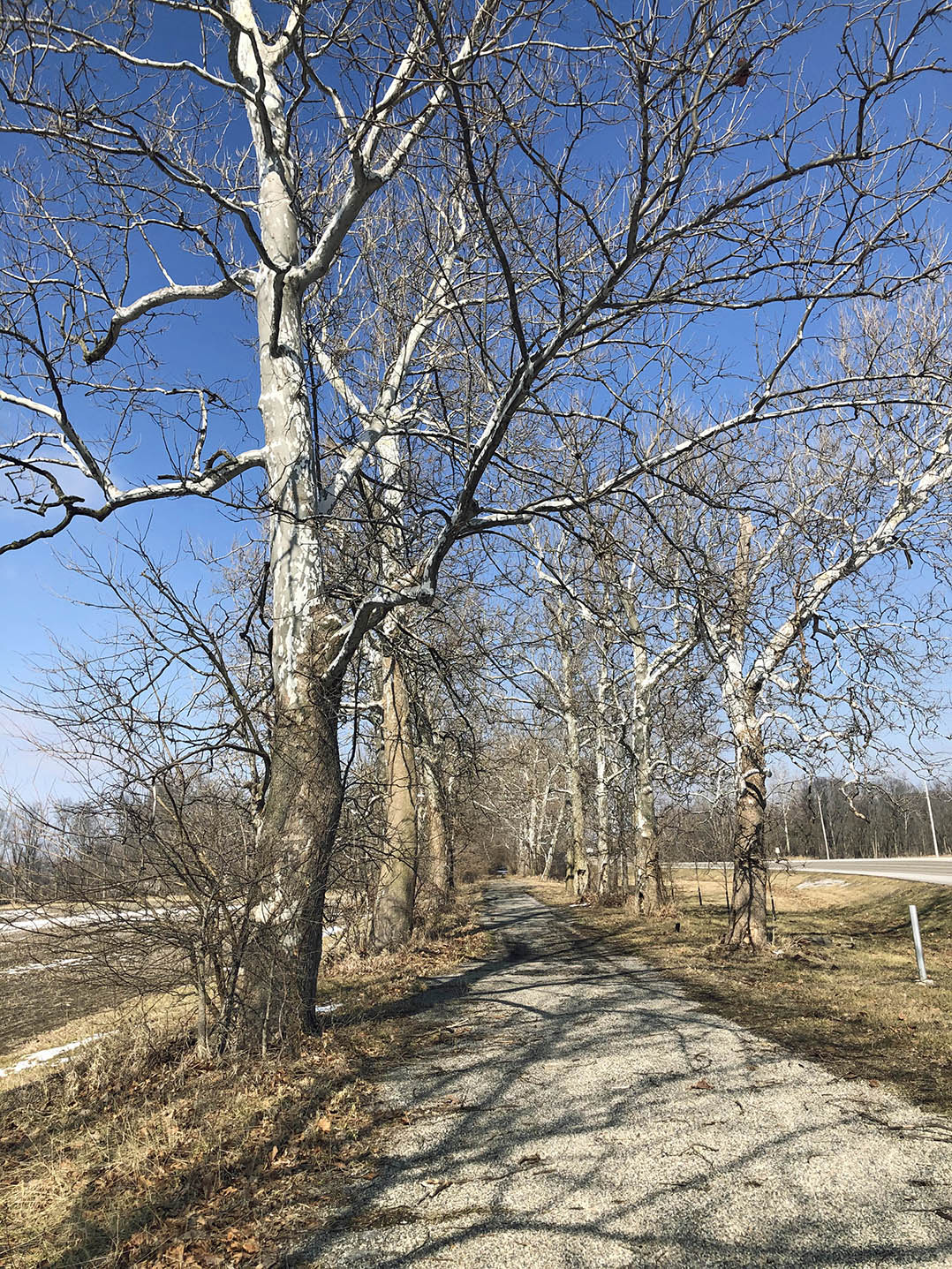 Thirty sycamore trees along a portion of the Michigan Road about 10 miles south of Logansport survived for decades despite claims they were killing people. Exactly why these trees exist remains a matter of serious debate.

In 1826, the Indiana Legislature authorized building a road from the Ohio River to Lake Michigan, passing through Indianapolis, the new state capital. On Oct. 16, 1826, in a treaty with the United States, the Potawatomi forfeited a 100-foot-wide strip through their lands for the road’s right of way, allowing the General Assembly to determine the route. The chosen route went from Madison to Indianapolis, passed through Logansport on the way to South Bend and then turned west to what became Michigan City. Sadly, in 1838, the nearly completed Michigan Road provided the first section of the Trail of Death on which most Potawatomi in Indiana were forcibly removed to Kansas.

By the 20th century, a short section of the Michigan Road just south of Deer Creek, Indiana, then part of Ind. 29, was famous for two rows of sycamore trees lining the narrow road. As automobile traffic and speeds increased, Sycamore Row became ever more dangerous, leading to numerous crashes and even fatalities. Local residents resisted efforts to remove the trees, claiming that they had sprouted from the ends of freshly cut sycamore logs laid across the marshy area before the road was paved. In 1987, the remaining trees were saved by relocating the road section a few hundred feet east. A nearby sign recited the popular story about the trees’ history. On a recent trip north, I noticed that the sign was missing, perhaps because the Indiana Historical Bureau has been unable to confirm the story and other plausible explanations, including that the trees were planted, have been advanced. Most locals are sticking to their story.