Izzy Ellis might be a little shy, but not when it comes to discussing her love of performing. 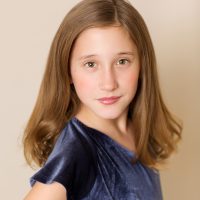 Ellis will perform in Civic Theatre’s ACT ONE’s Showcase: “When I Grow Up,” will be presented as a free livestream at 7 p.m. March 26. The showcase features an evening of songs and scenes from Broadway.

ACT ONE was formed in 2006 to serve as a “premier performing troupe” made up of Jr. Civic students, ages 9 to14, who serve as ambassadors for Civic Theatre’s education programs.
The students will perform roles that they may one day be considered for: a young Billy Flynn from “Chicago,” a trio of sisters from “Fiddler on the Roof,” or a burgeoning Eliza Doolittle from “My Fair Lady.” 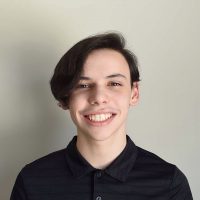 Zionsville resident Austin Lizama, 14, said Billy Flynn has been his favorite character that he has portrayed in a while simply because of his sheer amount of confidence.

“Throughout the song, Billy shows off his charisma as he is a calm but manipulative lawyer,” Lizama said. “This combination of characteristics results in a personality that I have never performed as on stage before.”
Under the direction of Brent E. Marty, director of music and education, and Holly Stults, director of education programs, the showcase will feature all of these and more in a live performance from the Studio Theater at the Center for the Performing Arts in Carmel. 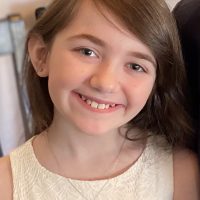 “Our students were excited about this performance from the moment we conceived the idea. It’s been a great rehearsal process. We have really challenged these students to dig deep into the characters they are portraying while rigorously honing their skills,” Marty said. “Being able to perform the show in the Studio Theater is icing on the theatrical cake.”

Carmel resident Lexie Vahrenkamp, 11, said she has loved the experience.
“I love it all. The stage, the spotlights, the wonderful audience, the cast, or in this case, the amazingly talented fellow members of ACT ONE, everything,” Vahrenkamp said.
Stults said it’s been exciting to watch the process.
“Our students have grown so much by working hard on these challenging roles,” she said.]
Marty said ACT ONE began rehearsing the Showcase Feb. 6. It is replacing what would have been the annual Jr. Civic Variety Hour which was not viable for rehearsal this year due to the pandemic.
“Much as we have done throughout the past year, we reinvented the wheel to come up with a program that would line up with Jr. Civic’s high standards of training, give our students a performance opportunity that they have missed so much and entertain our constituents,” Marty said. “The Showcase will be performed and streamed live with a limited audience of family members. The stream will be available for free and we hope folks will tune in and help support our education programs.”

Donations are accepted during the performance. For more, visit civictheatre.org.