You are at:Home»Current in Westfield»Westfield Community»Westfield councilors upset by procedural issues delaying vote on 3 items

Update: Current in Westfield has updated this story to remove a link that sent readers to a different story regarding pending litigation between Mayor Andy Cook and Clerk-Treasurer Cindy Gossard. The agenda item the council plans to discuss relates to litigation over destruction of public documents.

The Westfield City Council was unable to vote on three items at its March 22 meeting after attorney Manny Herceg stopped the council from introducing the matters because of a procedural issue.

Herceg, an attorney with Taft, Stettinius & Hollister, which serves as the city’s legal counsel, said because three of the agenda items weren’t added to the agenda prior to the meeting and that the council didn’t vote to amend the agenda at the beginning of the meeting, the council could not vote on them.

The second item stated that the city council will undertake an investigation relating to the litigation pending between Mayor Andy Cook and Clerk-Treasurer Cindy Gossard.

The third item pertained to an interlocal agreement the city entered into with the Indiana Dept. of Transportation in September 2018 regarding widening Ind. 32 through downtown Westfield, and since certain information and estimates had not been forthcoming, the council was requesting to terminate the project. 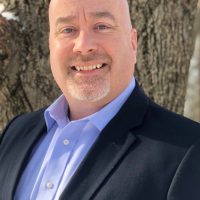 Herceg said he received the three agenda items from attorney Anne Poindexter earlier in the day, and he thought they could be added to the agenda but figured the council would vote at the beginning of the meeting to add them. Herceg said he hadn’t seen an updated agenda and therefore didn’t know the items had been added to the agenda. When Frei said the agenda would be online and on the screen at the meeting, Herceg said his screen was blank, to which council member Joe Edwards replied, “Your mind is blank.”

Frei and council President Mike Johns said they were highly disappointed with the legal service.

“The meeting agenda to my knowledge is the agenda laid out at the time the meeting begins,” Johns said. “The agenda is as stands on my screen, on (the other councilors’) screens and every screen here except for, apparently, your screen.”

Council member Jake Gilbert asked what time an agenda is considered set and when any changes must be voted on. Herceg told Gilbert that during the Wednesday pre-council meeting prior to the following Monday council meeting is when the public notice goes out and the agenda is set.

Johns announced the items would appear on the council’s agenda for the April 12 meeting; however, that meeting occurs after the emergency RDC meeting on March 24.