You are at:Home»Current in Westfield»Westfield Cover Stories»History in the making: Historical society to reconstruct 1830s cabin near Westfield City Hall

“This is what we believe. We believe saving and reconstruction of the cabin is not for me and is not for you,” she told Westfield City Council members during a February meeting. “This is for the future generations to learn of our Westfield history, to be able to physically touch a piece of that history and to document how our founders lived. What a gift. Can you imagine what a gift?” 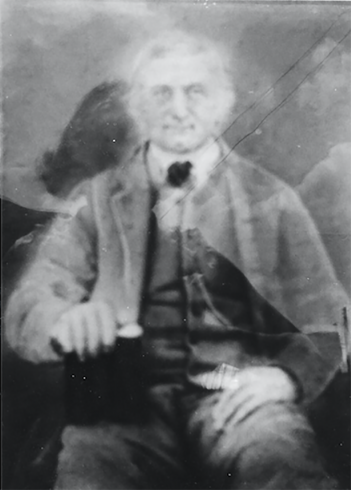 Nicholas Barker settled in Westfield in 1835.

The cabin belonged to Nicholas Barker, who settled in Westfield in 1835 on a piece of property north of Ind. 32 and Shady Nook Road. He built a 20-foot by 22-foot log cabin for his family, which included 11 children. The cabin was the Barker home for several years before he built a modern farmhouse directly in front of the cabin and repurposed the cabin as a barn.

Eventually, a barn was built around the cabin, which wasn’t discovered until more than a century later. It was donated to the WWHS in January 2020.

Peyton approached the council Feb. 22 to ask for permission for the WWHS to reconstruct the cabin on city-owned property to the east of City Hall. The request was granted. The WWHS plans to fund the project.

“We believe it is time to reconstruct our cabin, and our vision is a beautiful, historic cabin located by the City Hall to be used for a welcoming center, a meeting place, a small wedding, no reception, Santa house and for educational purposes,” Peyton said. 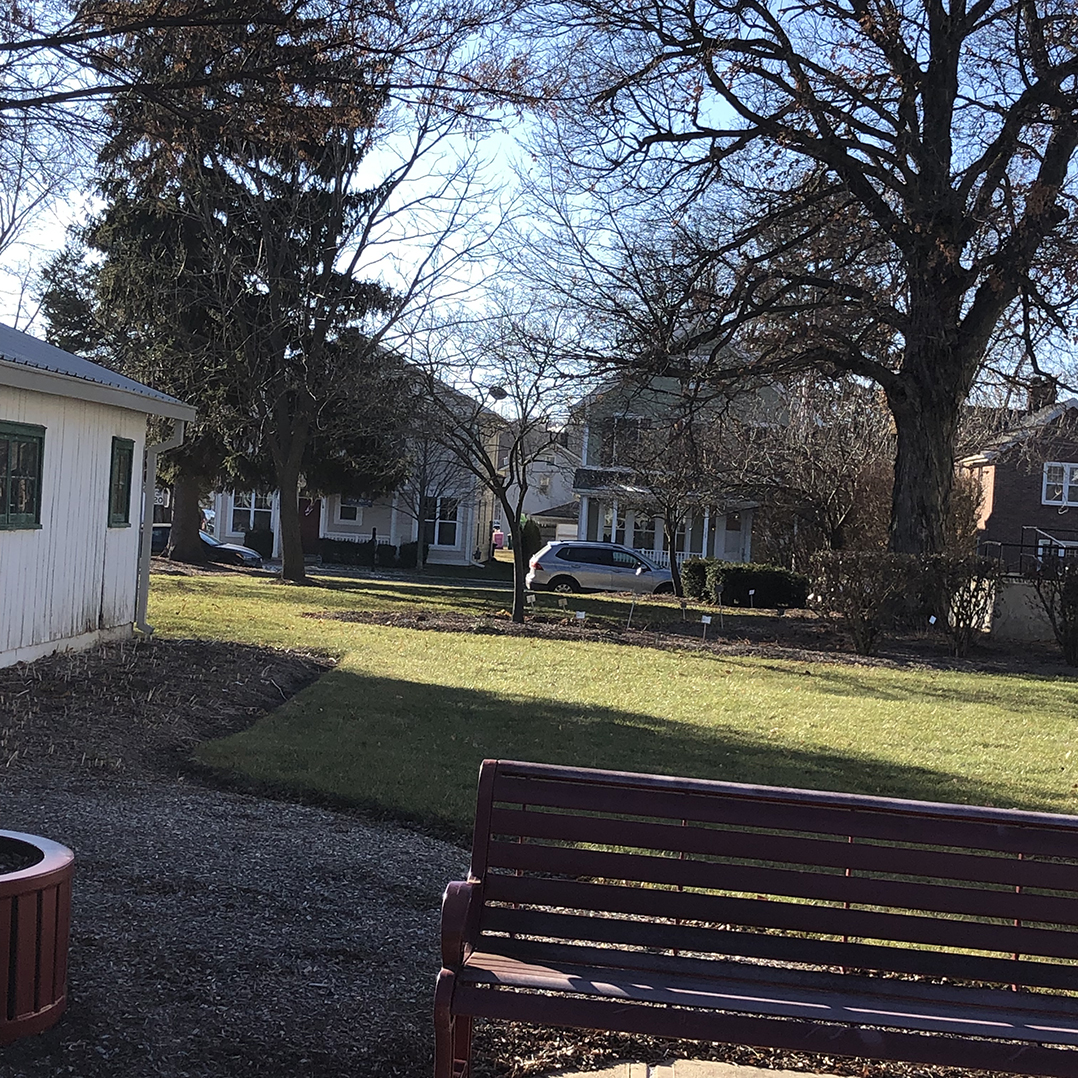 The cabin will be reconstructed at 136 Penn St., next to City Hall.

Prior to the COVID-19 pandemic, 300 to 500 school-aged children would visit the WWHS museum each year to learn about the Underground Railroad.

“They’re really interested in the Underground Railroad, and this is something the kids can feel and touch and look at and realize how our ancestors lived and what it was like to be in a log cabin,” Peyton said.

The WWHS needs $140,000 to reconstruct the cabin and make it functional. Peyton said the society hopes construction will begin the first week of May, on the same day of the 187th anniversary of Westfield’s founding. Construction can begin before all funds are raised.

To fundraise, the WWHS is offering a buy-a-brick program.

“The cabin is going to have a sidewalk coming from the street up to it and going to back off it to the parking lot at City Hall,” Peyton said. “We are going to put a concrete walk down and then lay these red bricks, and the bricks can be bought. You can buy a brick to memorialize someone or your family.”

“We are so appreciative for the thoughtfulness and foresight of the city to help in preservation of this great piece of history,” Peyton said. “Without them letting us have the land, this would have been a little bit more difficult.”

Peyton hopes the cabin will be complete by late summer or early fall of this year.

At its February meeting, the council unanimously voted to allow the society to place the cabin on the city-owned land at 136 Penn St. next to city hall. For more or to donate, visit wwhs.us. 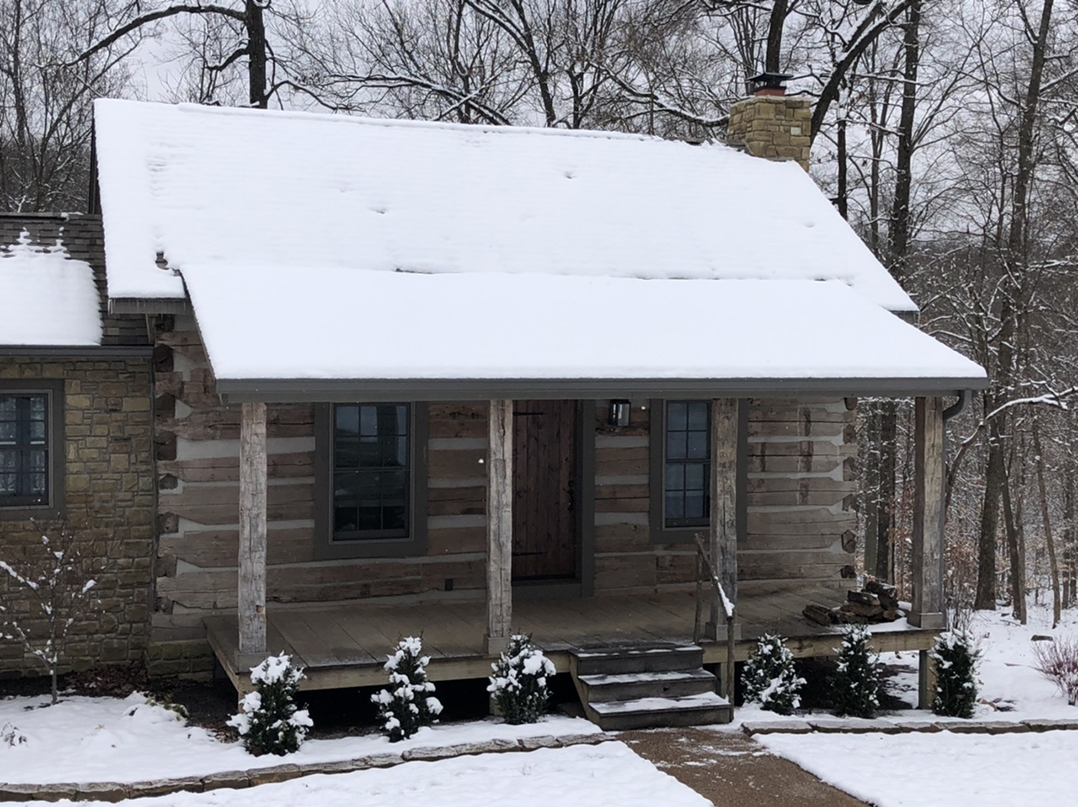 Diana Peyton said the reconstructed cabin will be similar to this cabin in Brown County.

Westfield Washington Historical Society President Diana Peyton said the WWHS is proposing to reconstruct the 1835 cabin as similar as possible to its original form but with some modern changes.

“We want to put a real foundation in it because this cabin was sitting on five great big rocks, and it sat right down on the ground in the mud and dirt,” Peyton said. “So, we want to have a foundation and have concrete, so this cabin is going to be sustainable.”

A small furnace and small air conditioner will be installed in the cabin for year-round comfort for visitors.