You are at:Home»Current in Fishers»Fishers Community»Fishers resident receives fellowship for racism research project

The 1972 National Black Political Convention didn’t take place in a coastal city or another well-known hotspot for Black power movements, but in Gary, Indiana. 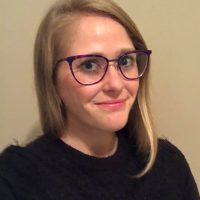 “People think of Gary now as a cautionary tale instead of a city where this historic, empowering event took place,” independent scholar and Fishers resident Nicole Poletika said. “I’d like to change people’s perceptions a bit about that city.”

Poletika recently received a $2,500 fellowship from Indiana Humanities to complete a research project on race and racism in Indiana. Poletika’s project will analyze the effect of the 1972 National Black Political Convention on Gary residents.

“I don’t think many people have looked at its impact on Gary or the region,” Poletika said. “Maybe some of the Black Panther or nationalist rhetoric rubbed off on the convention organizers, or the local politicians or even people that lived there who had hosted Black Americans who had come from all corners of the U.S.”

The project will include one or more scholarly articles, presentations and potentially an essay. Poletika also recently produced an episode for “Talking Hoosier History,” a podcast from the Indiana Historical Bureau.

In addition to newspaper research for the project, Poletika will collect oral history. She said it can provide a more holistic representation of the political and social climate than traditional forms of research. White news organizations, for example, withheld video footage of the 1972 convention because they considered it too radical, she said.

“The newspapers only print so much, especially when it comes to Black history,” Poletika said. “You don’t necessarily get the spirit of the convention and the emotion.”