You are at:Home»Current in Zionsville»Zionsville Community»Zionsville mayor, town council agree on safety board, make appointments 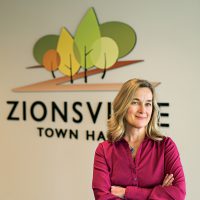 Zionsville Mayor Emily Styron and the Zionsville Town Council have announced new appointments to town boards, commissions and committees, and the council unanimously adopted an ordinance to reestablish the town’s safety board after the two parties disagreed on its language late last year.

During the town council’s Feb. 1 meeting, Styron, a Democrat, and town council members, who are all Republicans, said they were able to work in collaboration to create an ordinance to reestablish a town safety board that both parties agreed with.

The safety board “effectively mirrors what the board of police commissioners does,” Zionsville Town Council President Josh Garrett said during the meeting. “It is a five-member panel of three councilors and two civilians that are the disciplinary oversight for our fire department.”

One exception between the two boards, however, is that the board of police commissioners requires political balance among its members, while the safety board doesn’t have the same requirement, according to the town council’s legal council, Heather Willey. 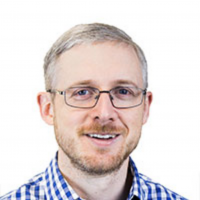 Garrett said the last time Styron and the council addressed the topic publicly it was “perhaps a little more contentious.” The council unanimously voted during an Oct. 19, 2020, meeting to uphold Styron’s veto of an ordinance to establish a safety board. During the meeting, Styron said the move likely prevented litigation between the council and the mayor’s administration, as she questioned the legality of the proposed ordinance as it was written at the time.

Styron said she appreciated the council’s continued work on reestablishing the safety board.

“It has taken out some components we talked about (and) I had some issues with,” Styron said. “This document is perfect. It gives us a tool we desperately need.”

While the town waits to name members of the safety board, Styron made eight new appointments to the town’s various boards, commissions and committees. The town council made six new appointments.

When making appointments, one of Styron’s priorities was to include more women and add more diversity to the town roles. Through the recently formed Use of Force Review Board, the Zionsville Community Enrichment Grant Committee and the Pedestrian Mobility Advisory Committee, the town has “the most diverse group of citizens participating in municipal government policy and programs,” according to a press release.

“We recognize that diversity within our town’s boards, commissions and committees is critical to ensure town policies and programs serve people of every race, ethnicity, gender, sexual orientation, religion and ability,” Styron stated.

The Use of Force Review Board includes three members of the Zionsville Police Department, Capt. Marius Klykken, Lt. Drake Sterling and Det. Joshua Samuelson, and two civilian members, Kenneth Johnson, appointed by Mayor Emily Styron, and Monisha Mitchell, appointed by the board of police commissioners.