You are at:Home»Current in Zionsville»Zionsville Cover Stories»Begs to differ: Mayor challenges accusations regarding establishing a vaccination clinic in Zionsville

After refuting claims that she had not collaborated with county officials to establish a COVID-19 vaccination clinic in Zionsville, Mayor Emily Styron said she did not plan to contact Tom Santelli, president of the Board of Boone County Commissioners.

“I don’t have any plans to talk to the commissioner,” said Styron, a Democrat. “I think he has an opportunity to clear up some of his misstatements, and I welcome that if he chooses to do so.”

During the Zionsville Town Council’s Feb. 1 meeting, Santelli, a Republican, gave a presentation to update the council on the county’s efforts to identify additional sites for COVID-19 vaccination clinics. Currently, Witham Health Services and the Boone County 4-H Fairgrounds are the only sites in Boone County where residents can get a vaccination, with the exception of some private companies, which have limited supplies. 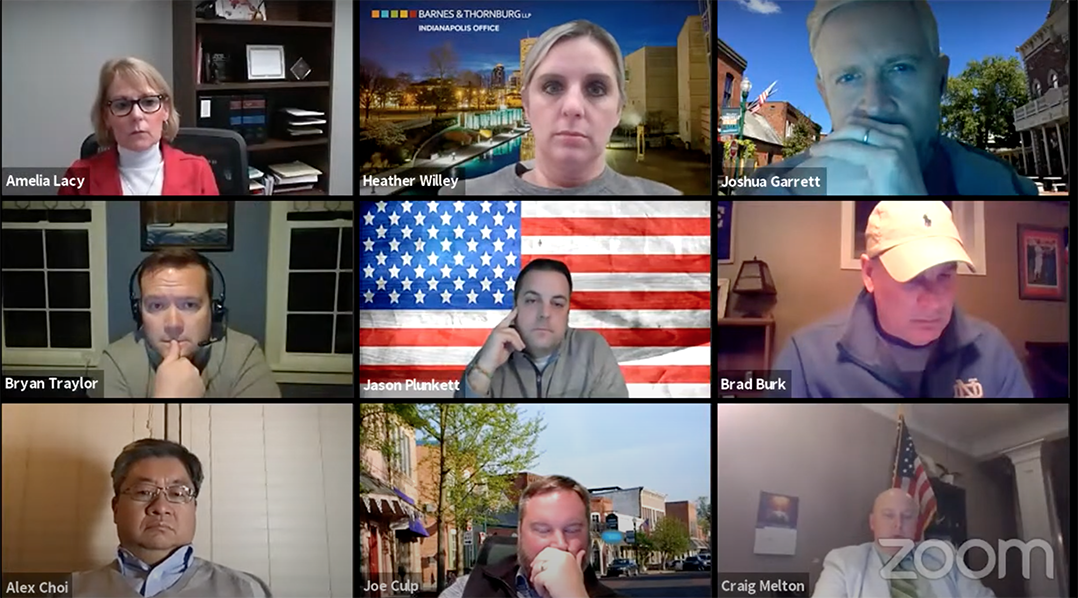 Witham and the fairgrounds are in Lebanon. Santelli said county officials have identified potential clinics at two sites in Lebanon and at Traders Point Christian Church in Whitestown.

However, due to the limited number of doses, county officials said they don’t plan to open another county-run clinic until more doses are available. The clinic at the fairgrounds is administering approximately 1,300 vaccinations a day and has the capacity to administer 2,600 a day, county officials said, meaning they would not consider opening another clinic until the fairgrounds location has reached capacity.

Council members asked Santelli why a facility in Zionsville wasn’t being considered as a potential vaccination clinic. He said he tried to call Styron on multiple occasions to speak with her directly about the matter but with no success. He said other mayors in Boone County responded quickly to his attempts to contact them.

Styron, however, said she has been involved in talks with the BCHD to identify a potential clinic in Zionsville. She said Santelli tried to call her once and didn’t leave a voicemail.

Santelli is a member of the Boone County Unified Command, which is composed of members from the Boone County Health Dept. and the county commissioners and the county’s health officer and other county officials involved with making county-level decisions with regard to the COVID-19 pandemic. The BCHD offers recommendations to the unified command to determine which potential sites could be used as clinics.

During the council’s Feb. 1 meeting, Santelli said Styron, rather than speak with him directly, directed him to a contact within the unified command’s structure, Whitestown Fire Dept. Chief Josh Westrich, who serves as the Boone County fire service representative in the unified command. She also appointed Zionsville’s EMS manager, Kerry O’Haver, as the point of contact on behalf of the Town of Zionsville for the matters Santelli inquired about. Santelli said Westrich did not identify a facility that could be used as a vaccination clinic.

But Styron did not want to say where the clinic might be, and she refuted Santelli’s claim that by not identifying a potential clinic, the county might miss the chance to receive additional vaccine doses that would otherwise be sent to other counties. Santelli cited a recent instance where the county was approached by the state to set up a mobile, state-run vaccination clinic that likely would have operated for one or two days, but the county was unable to provide a site. BCHD officials said the county was unable to provide a site for the mobile clinic due to issues with making a leasing agreement for a facility on short notice and that the mobile clinics would not provide additional immunizations or increase the county’s vaccine allotment.

“I have worked diligently and daily on behalf of the Town of Zionsville to address COVID-19 and get our community at the forefront of moving beyond this,” Styron said.

BCHD officials said when the state receives an allotment of vaccines from the federal government, it distributes it among five districts based on population. The central district, which includes Boone County, receives slightly more because of the number of residents living in Marion County. Haughton said the allotment for the district, and therefore the county, would not increase unless more doses are sent to Indiana by the federal government. If another vaccination site was opened, the BCHD would need to split its weekly allotment to cover both sites and offer fewer vaccinations at its clinic at the county fairgrounds.

“It seems inappropriate to confuse the public, and what I have been really trying to do is not give false information or preliminary information publicly because I don’t want anyone confused,” Styron said. “I spoke again with the governor’s office (on Feb. 4), my contact there, to see if there is any way we can increase our number of doses. And I knew the answer because I’ve been in routine contact, but (I) check in with him frequently to see if there is anything new. And there isn’t. We are waiting as a state for more vaccines to arrive.

“At this time, we are getting all the shots that we can get, and they are being delivered to people at the one location we have. And we have to kind of consider the staff and volunteers at that location are ready and able to do this, and until we get more vaccines, we are not moving them to new locations, but Zionsville does have a location.”

If needed, Styron assures Zionsville can and will establish vaccine clinics for its residents.

Santelli said he would continue to try to contact Styron regarding county planning in response to the pandemic.

“There are a lot of things that we need to do to move forward,” Santelli said. “There are hundreds of thousands of people dying.”