You are at:Home»Lifestyle»55 and Better»Nonprofit offers programs, resources to Parkinson’s patients

Each year, more than 60,000 people in the U.S. are diagnosed with Parkinson’s disease. And each year, the Indiana Parkinson Foundation provides support and resources for Hoosiers who suffer from the debilitating neurological disorder. 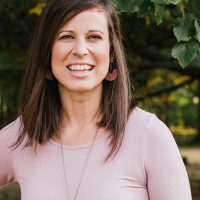 Addie Cunningham, who founded the IPF in 2009, encourages anyone who is impacted by the incurable disease – be it a patient, family member or caregiver — to reach out to the Noblesville-headquartered nonprofit.

The IPF offers a range of services and resources, including the innovative CLIMB program, which focuses on functional physical exercises and activities to reeducate muscles that are affected by the disease.

“The CLIMB was built on a combination of physical therapy, aerobic exercise and boxing,” Cunningham said. “The program has grown to now offer big movement postural therapy and balance, yoga, Egoscue (therapy), speech therapy and weight training. Not only does CLIMB offer many services led by experienced trainers, it is also a safe haven of support and encouragement for people with Parkinson’s and their families.

“People are being changed at the CLIMB, mentally, physically and spiritually.”

But CLIMB isn’t the only resource available through the IPF, whose mission is to improve the daily lives of Parkinson’s patients. The average age of onset is 60, according to The Johns Hopkins University School of Medicine.

“Outside of our CLIMB program, we also offer support groups, educational events and resources,” Cunningham said. “Our support groups are available to caregivers, people with Parkinson’s and other family members. During these groups, we have speakers come in and talk on different Parkinson’s resources or help answer questions about the disease. We also allow for open-forum time at our meetings so people can discuss and learn from one another.

“Educational events happen about four times a year and provide lots of great resources for families and people with Parkinson’s disease.”

In April, which is Parkinson’s Disease Awareness Month, the ITF is conducting its annual Choose to Move: Race to Beat Parkinson’s run/walk fundraiser, which includes a live race at Witten Park in Fishers on April 17 and a virtual option for anyone who can’t participate in the live event. All proceeds benefit IPF programs and services, including the CLIMB, which is offered in Carmel, Noblesville, Indianapolis and nine other communities across the state.

“If you know someone who has been diagnosed with Parkinson’s and is looking for a community to come alongside them to provide resources and programs to help them in their Parkinson’s journey, contact the Indiana Parkinson Foundation today,” said Cunningham, adding that the organization also welcomes volunteers and financial donors.

Globally, someone is diagnosed with Parkinson’s every nine seconds, and approximately 10 million people are living with the disease, including approximately 16,00 Hoosiers. The disease is the second-most common age-related neurodegenerative disorder after Alzheimer’s disease, according to the national Parkinson’s Foundation.

For more on the IPF, visit indianaparkinson.org.