You are at:Home»Current in Noblesville»Noblesville Cover Stories»Out of the darkness: Corrao’s book shares her journey from crime victim to advocate

When her car trunk opened and Michelle Corrao was rescued, that’s when she maintains her nightmare started.

“It was trying to figure out how to navigate living life because I lost my life that night,” she said.

The Noblesville resident recently co-wrote a book about her journey from darkness with Fishers resident Emily Sutherland. The book is titled “Found,” with the subtitle of “Triumph Over Fear With Grace and Gratitude: The Michelle Corrao Story.”

On Sept. 12, 1996, Corrao, then 32, was abducted by three men after coming home from work at night and walking up to her front door. She was hit and thrown in the trunk of her own car. The men drove to another area, sexually assaulted her and threw her in the trunk again.

“I had pretty severe head trauma and passed out in the trunk of my car,” she said. “I heard this voice and that’s when I came to and kicked the trunk.”

The voice she heard was Fort Wayne Police Dept. Det. Arthur Billingsley, who promised he would get her out.

The car was in a lot behind a restaurant the men planned to rob. One man had stayed with the car and the other two were near the back of the restaurant and ran when they saw Billingsley drive up. He immediately arrested the man who was in the car.

They arrested the two men within the next couple of days and all three were eventually convicted.

“There were four other females they had attacked that summer, so I was the fifth and final one in their series of crimes,” she said.

Corrao said it was her faith, foremost, that pulled her through the ordeal.

“God just put the right people in my life to help me get through it,” she said.

She was dating the man she would marry, Chris Corrao, at the time.

“Chris was a huge advocate for me,” she said. “He was the one who (would) bear the brunt of a lot of my instability and uncomfortableness, fear and anger and denial. It was all those things you go through when you grieve something. I wanted to be who I was before. That just wasn’t going to be possible. Life is different for me. It will always be different.”

Although Chris tried, he knows he wasn’t equipped initially to handle what she was going through.

“There were times it didn’t no matter what I did, everything was wrong,” Chris said. “Fighting through that was a challenge. But I think our relationship was founded in friendship, openness and trust, so that really helped. I was in love with her, and what happened, in my eyes, didn’t change that. That was something I fell back on when things were bad, and make no mistake, they were bad.”

Chris said he knows his support, along with family and close friends, helped, but his wife deserves the lion’s share of the credit for overcoming the darkness.

“Michelle was very committed that she was not going to let what happened to her define her,” he said. 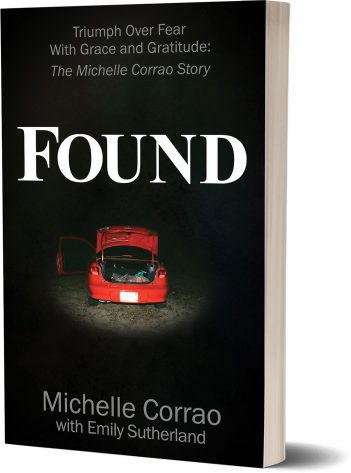 Michelle Corrao’s book is called “Found,” with a subtitle of “Triumph Over Fear With Grace and Gratitude: The Michelle Corrao Story.”

Providing support for others

Corrao said the book is designed to offer hope for others who have experienced similar trauma.

“We get in dark places and we don’t see a way out,” she said. “The book can help with that. I tell the truth. I was in a really dark place. Even having faith, I was still in a dark place. The trauma comes afterwards. I was just in livesaving mode that night. I was going to do anything to make it out alive.”

She eventually left her job as a manager of construction projects because every co-worker knew what had happened to her. Although her name was not revealed on the news, the details of her abduction were reported frequently.

“The privacy of my life wasn’t so private,” she said. “It made the headline news for almost three years because that’s how long it took for all the trials to go.”

After getting married in 1998, she and Chris moved to Noblesville in 1999. After attending a group session for crime victims, she realized she was ahead of the group healing-wise and could help others. After starting as a volunteer, she worked 18 years for Prevail, which serves as advocates for victims of crime and abuse. She was Prevail’s assistant director when she left a year ago to become the executive director for The O’Connor House, which is a home for homeless pregnant women.

The book will be released in print on Feb. 9. It was released on Kindle by Amazon in October 2020.

Some of the proceeds from the book are going to The O’Connor House, with other donations planned in the future. 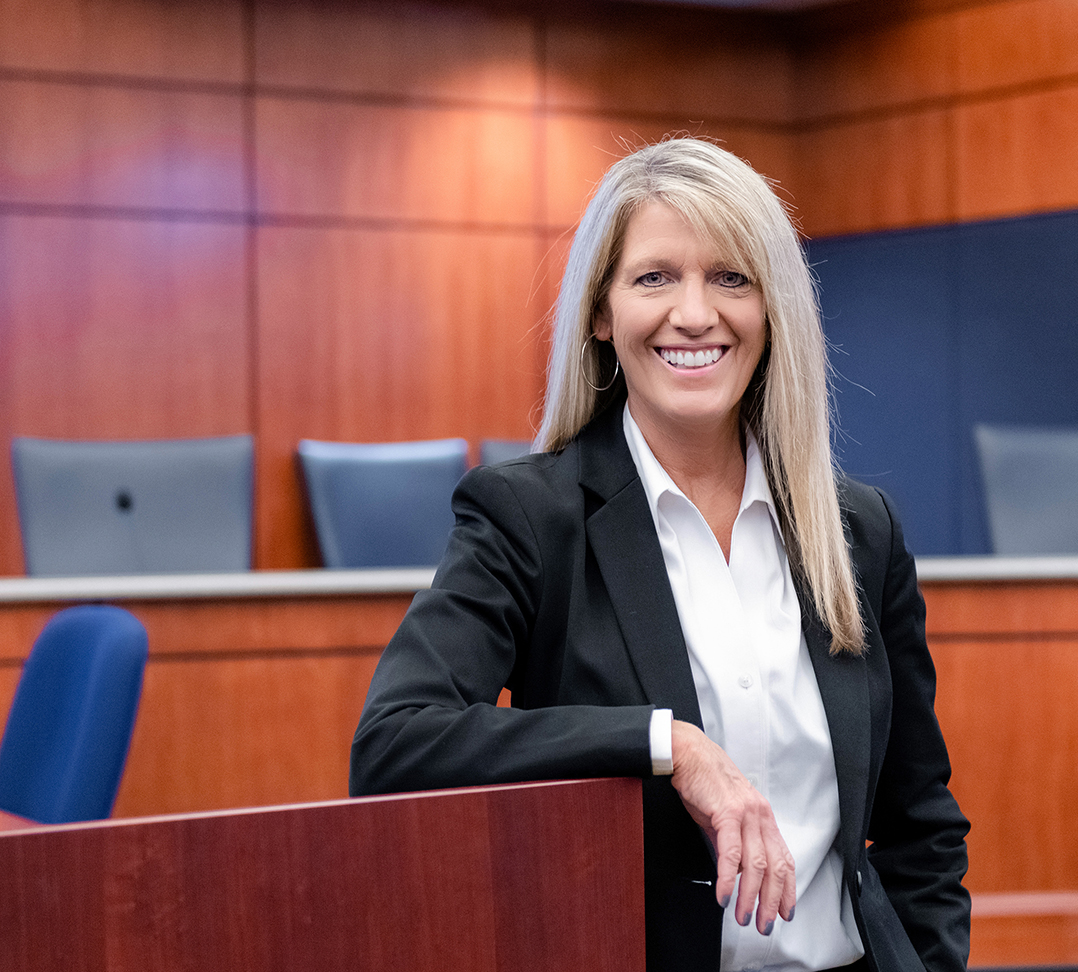 Michelle Corrao wrote a book about her journey through darkness after she was abducted in 1996. (Submitted photos)

For several years, Corrao was reluctant to share her story as a speaker. When she finally did, she realized how many other people were affected.

“People who are sexually assaulted, their voices are shut down just like mine was,” Corrao said. “I didn’t want to talk about it. I wanted to move on.”

Corrao said she felt called to share her experience with first responders to help prepare them.

“First responders have a big task in front of them when they are trying to support victims of crime abuse,” she said. “I was uncooperative. I was angry. I was scared. To be questioned after my assault by a lot of police officers, they still don’t know my whole story. I didn’t want anyone to know. All I wanted to do was to go home and shower. So, if I can help them and help victims at the same time to know what is possible (I will).”

“That really gave me a thought process that I have this opportunity now to share my voice for other victims of crime and abuse. Something spoke to me that I have to get this down on paper,” she said.

Corrao, who worked on the book on and off for nearly 10 years, said writing it was eye-opening and therapeutic for her.