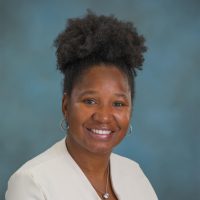 For Tierney Anderson, the time was right.

Anderson, principal of Sunnyside Elementary School in Lawrence, will assume her new role of Metropolitan School District of Lawrence Township’s director of elementary education on Jan. 1, 2021. She was unanimously approved by the district school board.

“The opening came up and the fit was right,” Anderson said. “I felt it was time to spread my net a little wider and have a bigger influence in Lawrence Township.”

Anderson became Sunnyside principal in October 2014. Prior to that, she was Sunnyside’s assistant principal.

“My goal is to see every Lawrence Township elementary school continue to succeed,” Anderson said. “They are all doing well. I look forward to helping get our test scores up and continue to grow. I want to see the school grow at an accelerated rate.”

Anderson said in her new role she will help the 11 elementary schools pivot at any time amid the pandemic. The schools recently switched to virtual instruction and will continue that model until at least Jan. 15.

“(In) March, we had more pandemic learning where we were just doing what we could do at the time,” she said. “But now, families are in more for virtual learning where teachers are doing more live videos. It’s instruction that we are carrying out in person.”

Prior to Sunnyside, Anderson taught at Stonybrook Middle School in Warren Township.

“The director of Elementary Education supports our commitment to academic excellence as it pertains to elementary curriculum and instruction, professional development and data,” Supt. Shawn Smith said. “Mrs. Anderson’s track record of instructional leadership and commitment to student achievement make her an outstanding fit for this position.”