You are at:Home»Current in Carmel»Carmel Community»Second place doubles ranking ‘bittersweet’ for Carmel’s Ram 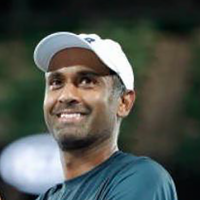 The duo finished the year ranked as the tennis tour’s No. 2 team. After splitting the first two sets, Ram and Salisbury fell 11-9 to Jurgen Melzer and Edouard Roger-Vasselin in a third set match tie-break in the Nov. 21 semis. Ram and Salisbury were up 7-1 in the tie-break when their opponents rallied.

“It was a tough loss to swallow,” Ram said.

Had Ram and Salisbury won their semifinals match, they would have finished No. 1. But Ram said it should have never come down to that match.

Then a string of bad luck struck with three tournaments left.

The duo had to pull out of Vienna after winning a match because Ram had a slight injury. The teammates flew to Paris and their traveling coach, Rob Morgan, contracted COVID-19, so Ram and Salisbury had to pull out of that tournament because of close contact.

“We got to London and they determined Joe had to isolate for 14 days,” Ram said.  “So, he was only allowed to start practicing on Saturday and we started matches Sunday, so we had zero prep. We had a month of nothing.”

Ram, 36, earned $591,214 for 2020, finishing No. 14 in the individual tour doubles rankings. Ram and Salisbury reached the U.S. Open semifinals and French Open quarterfinals.

“I think we’re pretty close to the best team in the world if we are given the opportunity,” Ram said.

The tour was suspended for 5 1/2 months from March until mid-August because of the pandemic.

“We got more tournaments in than we thought we would,” said Ram, who has now played two full years with Salisbury as his partner.

“It’s super important to build a partnership when this is all you do,” Ram said. “We’re friends. We’re in it for the same goal and same motivation. That helps when you are trying to get better all the time.”