You are at:Home»Current in Carmel»Carmel Community»Carmel council votes to allow advisory committee to weigh in on art selection

What happened: The council approved expanding the role of the Carmel Public Art Advisory Committee.

What it means: The change requires the mayor to seek comment and input from the committee regarding the purchase of artwork that costs more than $5,000. Previously the committee only provided input on the location for selected pieces. The recommendations of the committee are advisory only with the mayor having full and final authority to select and place art.

What’s next: Art purchases will be considered during the committee’s meetings. 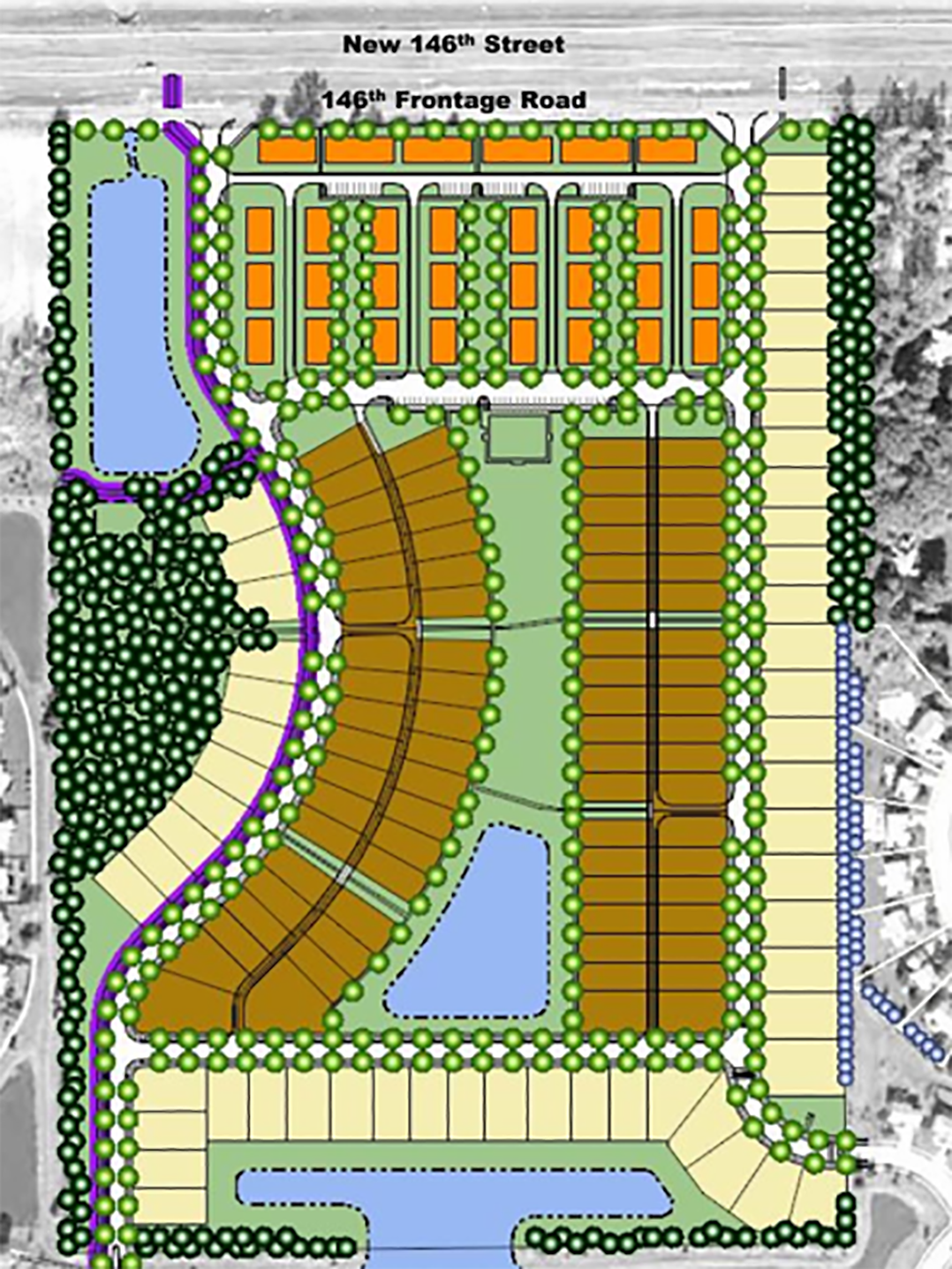 Ambleside Point is proposed to include 260 dwellings. (Submitted rendering)

What happened: The council introduced an ordinance rezoning 56 acres near 146th Street east of Towne Road to a planned unit development and sent it to the Land Use and Special Studies committee, which approved it 4-0 at its Nov. 19 meeting.

What it means: Ambleside Point is planned to include 260 two- and three-story townhomes and single-family homes. The number of dwellings decreased from the 285 previously proposed.

What’s next: The council will have a final vote on the rezoning at a future meeting.

What happened: The council introduced an ordinance rezoning four parcels at the northeast corner of Old Meridian Street and Main Street to a mixed-use district. The Land Use and Special Studies Committee approved the request at its Nov. 19 meeting.

What it means: The 5.3 acre site contains Stout’s Shoes and a vacant building that previously housed an animal hospital. A specific redevelopment plan has not been proposed for the site, but the mixed-use zoning would align the site with long-term plans for the general area.

What’s next: The council will have a final vote on the rezoning at a future meeting.