You are at:Home»Current in Zionsville»Zionsville Cover Stories»Trailblazer: Zionsville’s first female police officer was inspired by her father

Zionsville Police Dept. Cheif Executive Officer Elizabeth Frost, 39, is the first female police officer in the department’s history. She first joined in 2003 as a reserve officer and was hired full time in 2004. 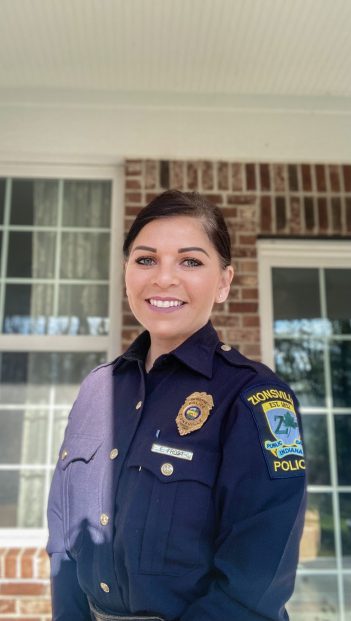 Although she hopes other women will follow her career path, her inspiration to become a police officer came from a man – her father, Brad Thomas.

“My father, he’s retired now, but for 25 years he was a police officer for the Bureau of Indian Affairs on the Turtle Mountain Indian Reservation,” Frost said. “He’s the reason why I do what I do.”

Frost, a Native American, was born and raised on Turtle Mountain Indian Reservation in Belcourt, N.D., the land base for the Turtle Mountain Band of Chippewa Indians. For the most part, the land is flat. The reservation is more of a hill than a mountain and has few trees, Frost said.

From an early age, Frost knew she would likely need to look elsewhere to pursue an occupation because of the reservation’s limited job prospects. But watching her father made her career choice easier.

“My dad was a police officer for pretty much my entire childhood,” Frost said. “He didn’t retire until after I was an adult, so I grew up watching him get dressed in uniform every day, going out and working. Just seeing that, and seeing what he did for our community there really inspired me since as long as I can remember. It inspired me to want to become a police officer when I got older.”

Frost said even her childhood friends knew she wanted to be a police officer many years before she ever wore a uniform. 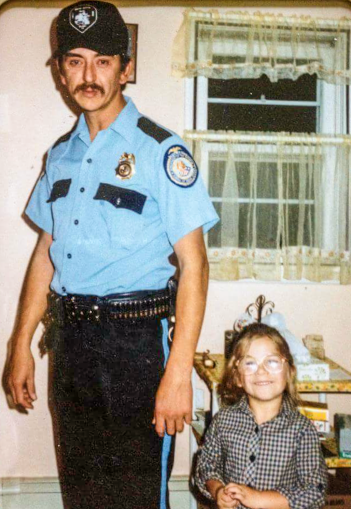 Elizabeth Frost and her father, Brad Thomas, pause for a family photo.

“He was a great police officer, and now that I’m in law enforcement and he’s not, he’s still a mentor to me,” Frost said. “I can call him and talk to him about things, and he understands.”

Thomas, who grew up 15 miles south of the reservation, joined the U.S. Army in 1973 and was stationed in Europe for two years. When he returned home, he became a truancy officer at the local high school and was asked to apply to the Bureau of Indiana Affairs after stopping a driver who was under the influence. He resisted promotions that would equate to desk jobs and began to notice that his daughter took an interest in being in the field, too.

“I told (her), ‘That is the last thing you want to do,’” Thomas said, adding that the long hours and unpredictable schedules are not as appealing as they seem.

But Thomas said he knew Frost was determined to pursue her ambition.

“She’s Native American, and I should have known way back then that she wasn’t going to listen to a word I said,” Thomas said. “Native American women around here, if their mind is made up, they’re going to do it, and that’s exactly what she did.”

Frost lived on the reservation until she was 12. She and her mother moved to Boone County shortly after her parents divorced. She has lived in the county ever since.

In addition to being the first female officer on the ZPD force, Frost served 5 years on the Hamilton/Boone County Task Force and was the only woman assigned to the unit. She said she was one of fewer than a handful of female rifle instructors in the state of Indiana. She also spent time as a detective with the ZPD, and she believes she excelled in undercover work due to her unassuming appearance.

Frost, who has two daughters with her husband, Dwight,  said it’s important for the community to know there are women in the police department who understand and have lived through the difficulties women and minorities confront on a regular basis.

“It takes time for people to get used to a woman police officer, in general,” Frost said. “You see them a lot more than you did a long time ago, so people are used to it now. But I’ve had different experiences where people don’t know how to take you, or they don’t think you’re a police officer because you’re a woman.

“I feel like I’m paving ways for women in this career, and I hope I’m a good role model for any of the ladies that work at our department and any women that would be interested in getting into a career like this.” 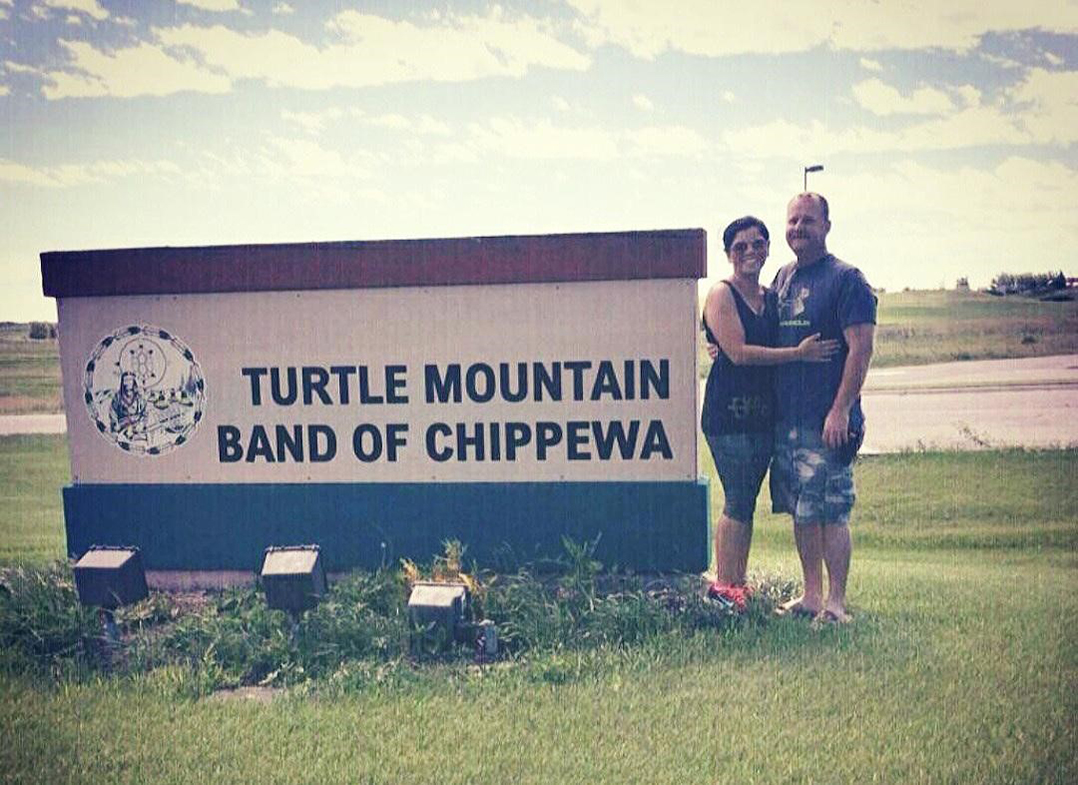 Going back to the reservation

ZPD Cheif Executive Officer Elizabeth Frost and her family try to travel to the Turtle Mountain Reservation in Belcourt, N.D., to visit her father, Brad Thomas, and his side of the family at least once a year to see family members and introduce her children to the culture she was raised in.

“We’ll attend different powwows and things like that because, obviously, my children have lived in Indiana their whole lives, so they’ve never been to powwows or anything like that,” Frost said. “I like to expose them to the different culture for them to experience.”

Frost said she wants to instill some of the same values in her children that were instilled in her as a child.

“I have never forgotten what my dad told me when I told him I was going to be a police officer,” she said. “He told me when I first started, ‘Treat people the way you want to be treated.’ And I’ve always carried that with me throughout my entire career. When you’re a younger police officer, you don’t think about that statement as much now that I’ve got a few years under my belt and that I’ve seen a few more things. I really appreciate him saying that to me.”