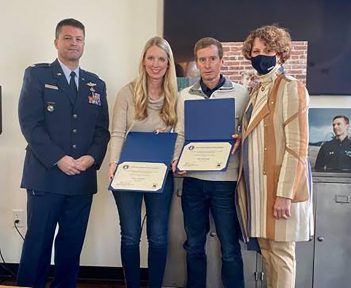 Westfield High School students and siblings Liam, 17, and Reece, 15, were killed in a plane crash on Sept. 20. Liam Kelly was in the process of seeking an appointment to the U.S. Air Force Academy at the time of his death. Reece Kelly also had planned to pursue an appointment in the future.