You are at:Home»Current in Westfield»Westfield Community»Westfield Playhouse presses reset on ‘A Raisin in the Sun’ 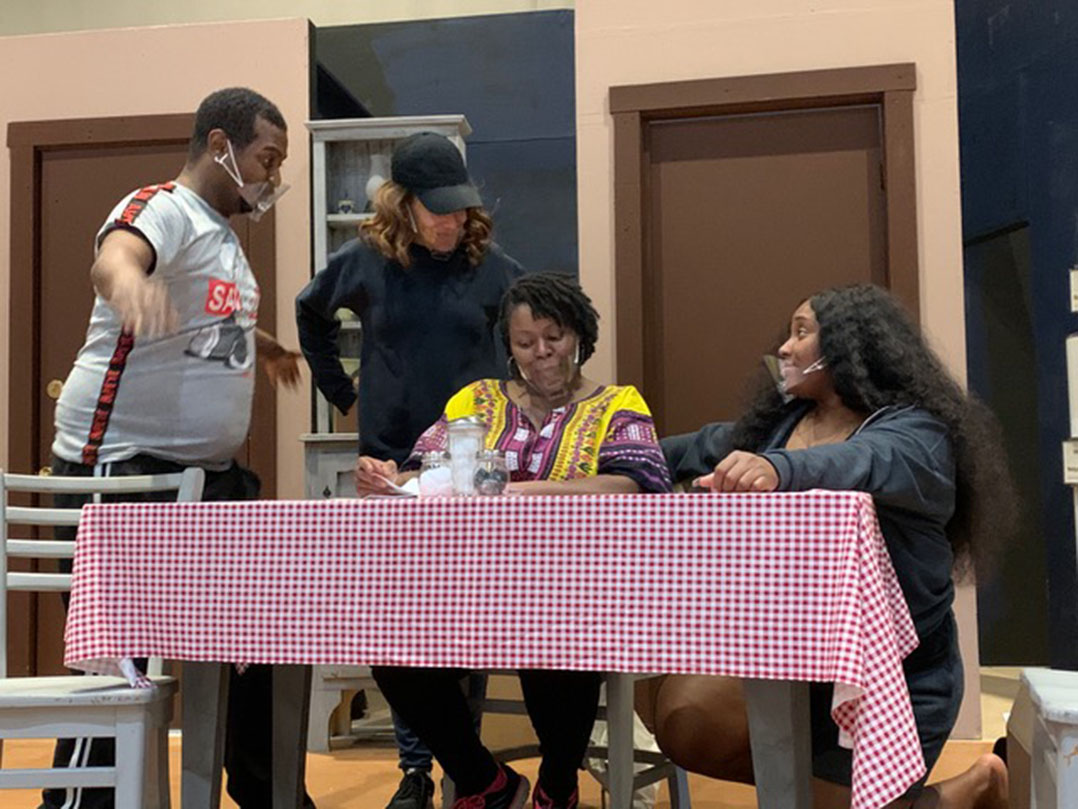 De’Jon Marshall-Fisher read the role of Walter Younger in sixth grade. Fast forward to 2020, he finally gets to play the iconic role.

Walter is the lead character in “A Raisin in the Sun,” a 1959 play about a Black family trying to improve its financial future following an insurance payout from the death of Walter’s father. Walter’s mother puts money down on a house in an all-white neighborhood in Chicago. A representative from the neighborhood tries to convince them not to move with a generous offer to buy them out.

“I’ve never seen the movie or the play, actually,” Marshall-Fisher said. “I’ve seen bits and pieces just to do a little character work. I do want to see it after this. I’m no trying to be Denzel (Washington), Sidney Poitier or Puff Daddy (Sean Combs). I’m trying to be first De’Jon as Walter.”

Westfield Playhouse was less than a week away from opening “A Raisin in the Sun” in mid-March when the coronavirus pandemic shut everything down.

“It was an incredible sense of loss,” director Nancy Lafferty said.

Lafferty quickly accepted when Main Street Productions asked if she would direct the show in November.

“This is a play I’ve been waiting to direct for 30 years,” the McCordsville resident said. “The cast and I stayed in touch through the seven months we were off. They all kept saying they were committed. We had to start all over. The good news is, everyone knows everyone and we’re stronger because we’re bonded together.”

Marshall-Fisher said everyone was sad when the show shut down.

“Then we got the call we were coming back to do the show in November. We all lost our minds. I know I did,” he said. “With everything going on in the world in those seven months with race relations, this is a perfect play. We always call this a timeless classic, and it’s going to ring true. Everything that went on in the 1950s is still kind of going on now.”

Marshall-Fisher, a professional ax thrower, is happy to be doing the show in the new Westfield Playhouse facility, which opened in August.

Andrea Hardy, an Indianapolis resident, plays Ruth Younger. Hardy was reluctant at first to return to the play.

“The main thing that pushed me was my cast members,” Hardy said. “I was going through my personal situation and I didn’t really feel motivated to come back to it at the time. But just hearing the excitement from cast members, I didn’t want to let them down.”

Moreover, she didn’t want Lafferty to have the stress of trying recast the role.

“I’m glad that I came back,” she said. “Just seeing everybody and being on stage rehearsing, that has helped me in a positive way, so now I’m back, excited for the show and ready to do it.”

Hardy, 31, started acting at Warren Central High School sophomore. She said Warren Central staged “A Raisin in the Sun” shortly after she graduated. When not acting, she serves as a stage manager on shows and a production assistant on film sets