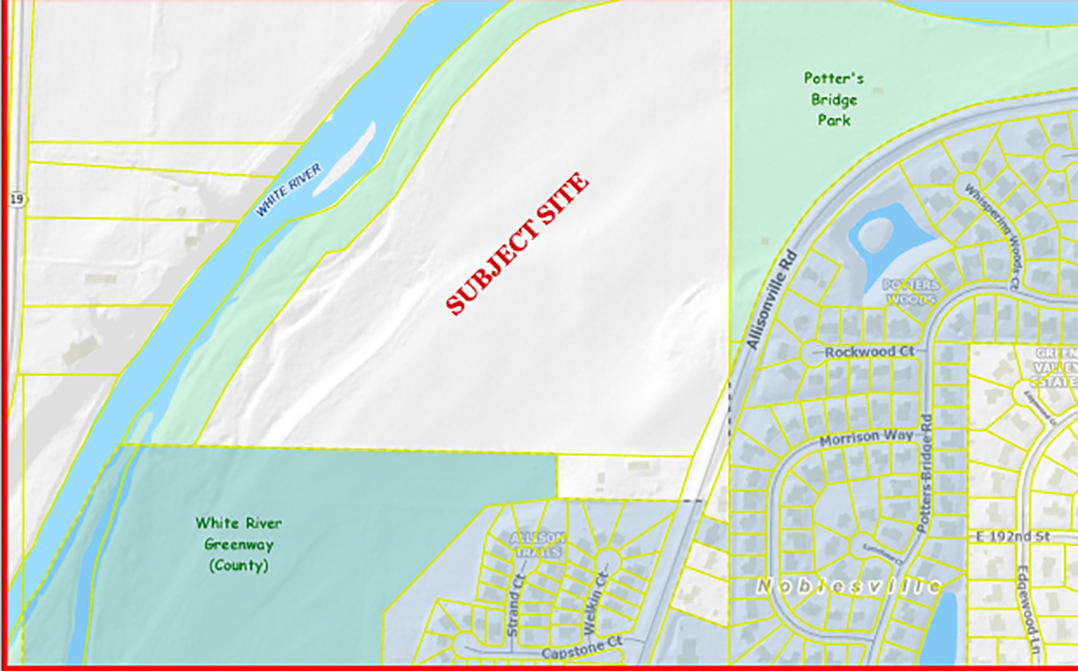 A group of Noblesville neighbors weren’t thrilled when Beaver Materials presented plans to establish a gravel extraction site near Potter’s Bridge Park. So, they decided to take action.

“At that point, everyone broke up into different groups based on potential issues they felt the most passionate about, whether that was air pollution, water quality, traffic safety, noise levels, so forth and so on,” said Rachael Raymer, a neighbor who is handling media relations for the group. “Everybody broke up into groups and elected different leaders to coordinate people on their research.”

Beaver Materials proposes is to establish a gravel and sand extraction site on 50 acres northwest of 191st Street and Allisonville Road. If approved, Beaver Materials will purchase the property and immediately donate a portion of it to Hamilton County Parks and Recreation to expand Potter’s Bridge Park. After 10 years of extraction, the company pledged to allow Hamilton County Parks and Recreation to use the remaining land for additional expansions to Potter’s Bridge Park.

The Don’t Leave it to Beaver group is trying to stop the proposal.

“We have yet to hear of any compromises that would take care of all of our concerns, and most of our concerns are around the health and safety of our community, whether it’s truck traffic or pollution in the air or pollution in the water damaging our ecosystem, so it’s hard to think around what would be a compromise to take care of those things,” Raymer said. “But, if a compromise exists, we would love to hear it. We haven’t heard of it yet, so we are campaigning to stop it.”

Although Raymer said the group wants to see the park system expanded, she said the Beaver Materials proposal doesn’t seem the best way to do it.

“We love our parks, and particularly we love that park because it’s so close to where we all live,” she said. “However, a park expansion that could bring increased heavy truck traffic, potential air pollution, potential ecosystem impacts and downstream infrastructure impacts is not a good compromise for the end results.”

Some of the research the group has been conducting shows that gravel pit lakes are more dangerous than natural lakes because they can cause steep drop-offs.

“Beaver Materials told us they would slope the gravel pit lake per regulations,” Raymer said. “However, if that’s what they did at Koteewi (Lake), those slopes are still really steep. So much so that danger signs are posted around the fence line and they won’t allow swimming for that reason.”

As of press time, a petition on change.org to stop the proposal has received more than 3,700 signatures. For more, visit dontleaveittobeaver.com. For more on the Beaver Materials proposal, visit youarecurrent.com.