Garrett Berger envisioned himself as being the dad in the outfield stands sitting by himself and watching his son play.

Berger, a Carmel High School pitching standout who was a second-round pick of the then-Florida Marlins in 2001, had coached pitchers for several years.

“My first impression was I didn’t want to coach because I had been coaching for so long,” said Berger, an outside sales representative for MacAllister Machinery, working out of the Westfield branch. “I wanted to sit and enjoy watching my son play. When I asked him if he wanted to play baseball, he said, ‘Yeah, but only if you teach me and coach me.’ That changed things a little bit. I certainly can’t tell him no when it comes to teaching him the right way to play.”

So naturally, Berger, 37, began coaching Max, 6, in T-ball for the Carmel Dads’ Club this fall. Max bats left but throws right-handed, like his father.

“I’m hoping he develops the love of baseball that I had,” Berger said. “We are still hitting in the garage two or three days a week. He’s the only lefty on the team, so we’re trying to give him a competitive advantage as much as we can. It’s different teaching a lot of different kids. Then you throw the son into the equation and it’s a lot different.”

Berger’s once promising career took a bad turn at the start. 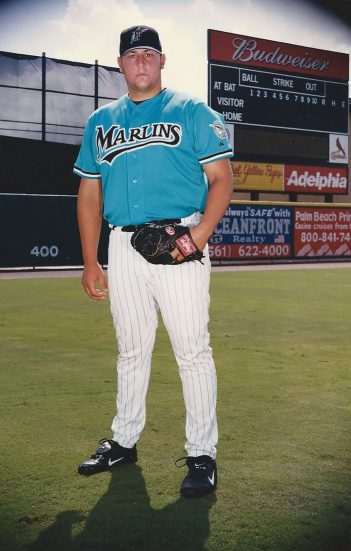 Garrett Berger was drafted in the second round by the Florida Marlins in 2001. (Submitted photo)

Two months after signing with the Marlins, Berger was pitching in an instructional league game against former major league player Rick Ankiel.

“On the 17th pitch, my elbow popped,” he said. “I had two strikes and two outs, so I had to get out of the inning. So, I threw another pitch after that, and that was it. I couldn’t move my arm past a nine-degree angle, so I got a six-inch screw along with Tommy John surgery (named after the major league pitcher). I came back eight months after surgery still throwing as hard as I did pre-surgery. They just tried to rush me through the process. It was kind of a perfect storm. We had new owners in 2002.”

John Henry had sold the Marlins to Jeffrey Loria after Berger’s injury. Since Berger had already been paid his signing bonus, he said the new ownership didn’t have any money invested in him beyond a minor league salary and didn’t take steps to protect his arm.

“It was the business of baseball,” Berger said.

Berger never got past the Rookie League, playing for three different Major League Baseball organizations after the Marlins released him. He joined Milwaukee in 2004 and then was with Arizona and Detroit in 2005. In 2007 and 2008, Tommy John came back into Berger’s life in a different fashion. Berger played for John, a manager with the Bridgeport (Conn.) Bluefish of the Atlantic League, an independent league.

But they had been in contact before. Berger’s mother, Kim, met John in 2003 when she worked for the Portland (Ore.) Beavers, then the San Diego Padres’ Triple A affiliate. John ended up calling Berger and they stayed in contact. John asked him to play for him at Bridgeport.

“We maintained the relationship after I was done playing,” Berger said. “My mom was actually his agent for 10 years.” 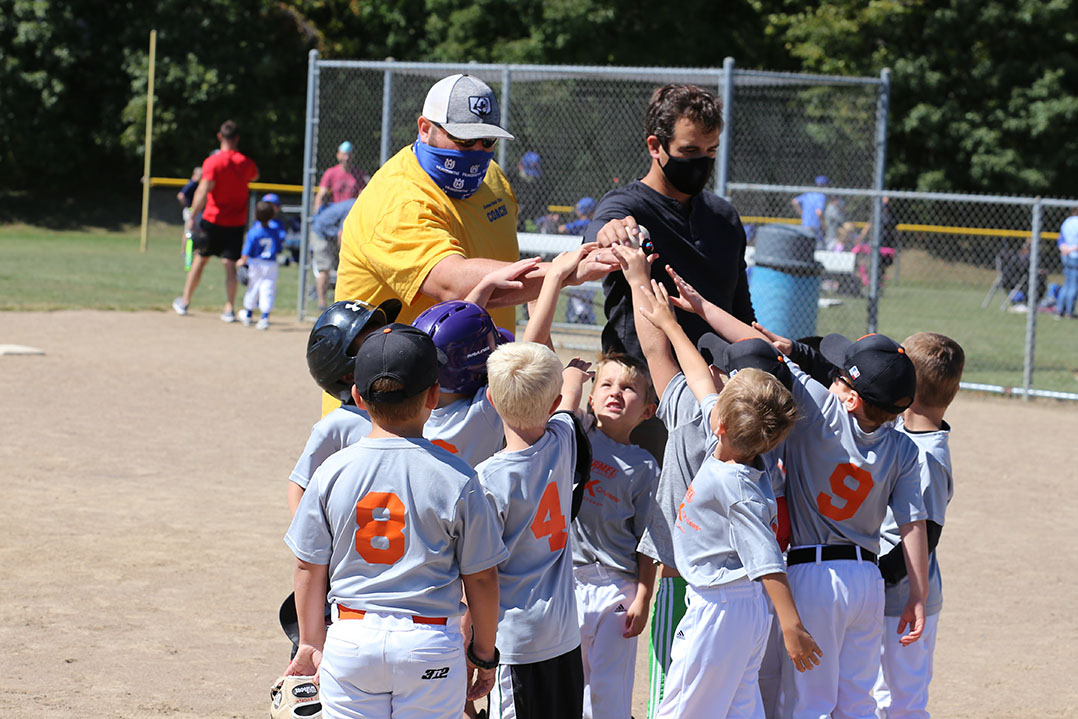 Berger began instructing while he was still playing. He was managing a baseball facility in Lexington, Ky., before he moved to New Jersey to work as chief scouting advisor and pitching coach for MK Sports Group along with John, who won 288 games in the majors.

“They dismantled the agency, but I remained out in New Jersey because I was running their sports facility,” Berger said. “Tommy and I started Tommy John Pitching Academy and we were traveling around the country doing clinics and camps. Once we got done with that, I was still doing lessons. My son was born and everything kind of shifted. It was time to get a job that I knew would provide stability to my family.”

Berger was still was teaching several pitchers when he moved to Carmel in 2015 and was traveling back to New Jersey. However, the number of students is dwindling. He served as a coach for Connor Strain, who was a ninth-round pick of the Los Angeles Dodgers in 2017. Strain had pitched at North Central High School in Farmersburg and the University of Evansville. Berger had coached him since age 11. Strain decided to give up baseball earlier this year after the minor league season was canceled.

“Garrett was instrumental in the success Connor had throughout his baseball career, from high school through professional baseball,” said Jeff Strain, Connor’s father. “Garrett doesn’t believe there is one way to be a pitcher. He recognizes the talents and gifts you have, and he helps the player learn to recognize those talents and learn to effectively use them on the baseball field. Just as important as your physical tools, Garrett is always working to instill confidence and maturity in the players he instructs, for their benefit on the field and all aspects of life. It’s been an honor to get to know him, call him my friend, and have him instruct my son.”

Berger still serves as a private coach to a few pitchers.

“I’m still around as much as I can be and as much as my schedule and kids allow me to be,” he said. “It still holds a near and dear part of my heart. I don’t think it is ever going to completely get away from me.”

Berger and his wife, Liz, married in 2013 at Fenway Park in Boston. Since his wife’s family is from Boston, he contacted Henry, who is one of the Red Sox owners. They have a 4-year-old daughter, Mia, who might soon start playing softball.

Both of Berger’s sisters, Katy and Breanne, played softball at CHS and the University of Florida. Katy graduated from Carmel High School in 1997. Breanne graduated from CHS in 1999.