You are at:Home»Current in Zionsville»Zionsville Cover Stories»Road to recovery: One Zionsville family’s experience with COVID-19

Bella Davis, a “perfectly healthy girl” according to her parents, walked down her family’s third-story stairs Aug. 20 to celebrate her 16th birthday. It was the first time she had left the top floor of her family’s house in 40 days.

In early July, after a cross-country practice at Cathedral High School, Bella, who is now a Zionsville Community High School student, complained to her mother, Holly, 44, that she had aches and pains throughout her body. Holly at first dismissed them as exhaustion from running several miles in the summer heat, but as the pain subsisted, she suspected Bella was suffering from something other than normal fatigue.

Shortly after the July practice, Bella saw a doctor. Although she exhibited no symptoms of COVID-19, she was asked to take a test as a precaution. To the family’s surprise, she tested positive. And though she tested negative for the disease for the first time on her 16th birthday, she still hasn’t fully recovered from the disease, and doctors don’t know why. 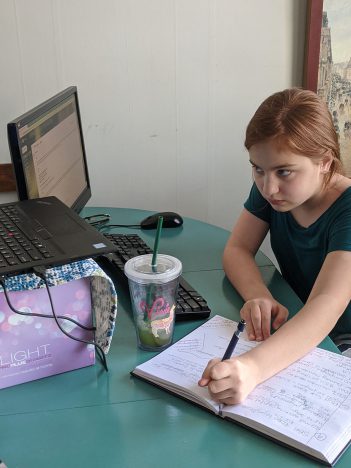 “Something still isn’t right; she still suffers,” Holly said of Bella. “She’s been trying, but she doesn’t like to be around anyone. Our doctor said this from the beginning: ‘We don’t know that you can’t get it again.’ Obviously her immune system has been compromised as a result of it, so protecting her is incredibly important.”

Immediately following her positive test, Bella’s father, Michael, 49, and her two sisters, Maggie, 18, and Vivie, 11, and Holly immediately isolated and sequestered Bella to the third floor of the family home. Bella’s breathing became labored, and she developed a slight cough. She spent most of her time in bed. The family could only interact with her through text messages or video chats. The closest they came to physical contact was leaving food by the door.

The family quarantined for the required 14 days. As she worked from home, Holly – as she participated in Zoom calls – could hear her daughter struggling to breathe. So could the rest of the family. 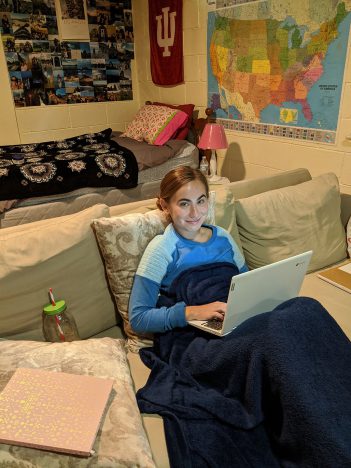 For Bella, the isolation was boring in the beginning, but she learned to cope. Her only reprieves were texting, Snapchat and other forms of social media. By the second or third week, she lost sense of time and sometimes track of days. She often paced her room but eventually became bored with that.

In the weeks that followed, Holly started each day with a text from the Boone County Health Dept. asking whether anyone else in the family had become symptomatic. For the first two weeks, daily telehealth calls ensued as physicians tried to ascertain Bella’s condition remotely. During one of the first calls, a physician asked if Bella had a fever, and Holly began to instinctively reach for Bella’s forehead. But the physician stopped her.

The Davis family believes Bella contracted COVID-19 during the July cross-country practice. They rarely left the house, other than when Michael bought groceries. Holly has an increased risk of becoming severely ill from the disease. Word quickly spread in Bella’s peer group, and soon, most of them knew she had the disease. Students at other schools knew she had it. Somehow, without telling anyone but her close friends, word spread, and it became common knowledge Bella had COVID-19. 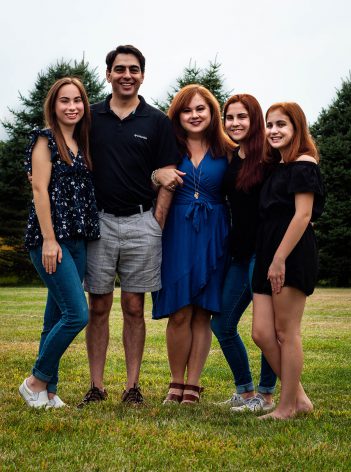 “I told my friends I was literally dying of COVID-19,” Bella said. “And everyone was shocked that I could even get sick, let alone be really sick with it. At that point, kids weren’t getting sick with it. Or so everybody thought.”

Maggie missed her high school graduation ceremony. She was set to start college at Indiana University, but the family canceled her housing contract. Four of her five classes are online. She drives to Bloomington to attend the other.

Bella and Vivie enrolled in Zionsville schools so Bella and Vivie could enroll in fully-virtual classes. The girls found themselves in a different school system, away from their friends, where they didn’t know any other students.

As weeks passed and Bella regained some of her strength, Maggie and Vivie sat at the bottom of the family’s third-story stairs while Bella sat at the top. It was her first time Bella saw her family in person for weeks.

“It was really weird coming out of that,” Bella said. “I hadn’t been around people in so long, so it was kind of overwhelming. And then the first few days after I finally tested negative, I still felt like somehow I was going to get my family sick. I was not sure if I should really hug them. It took a while to readjust.”

The lingering effects of the disease lasted for Bella’s sisters, too.

“We don’t really think about how it wears on our kids,” Holly said. “And then they’ll say something and it hits you like a ton of bricks.”

When the school year started, Holly asked Maggie if she had made any new friends on campus, but Maggie said, “I don’t know where those kids have been; I can’t bring that home to you.”

One night, Vivie cuddled with her mom and made a request.

“If I die, I want my organs to be donated to people who own dogs,” she said.

Bella is still plagued by fatigue and headaches, and the family has a second appointment with a cardiologist scheduled to run tests on Bella’s heart.

Now, several months after testing negative for COVID-19, Bella, a 16-year-old who would regularly run several miles without rest, still struggles to walk up a flight of stairs.