You are at:Home»Current in Westfield»Westfield Cover Stories»Stuck in limbo: Local service clubs encounter difficulty conducting service projects due to pandemic 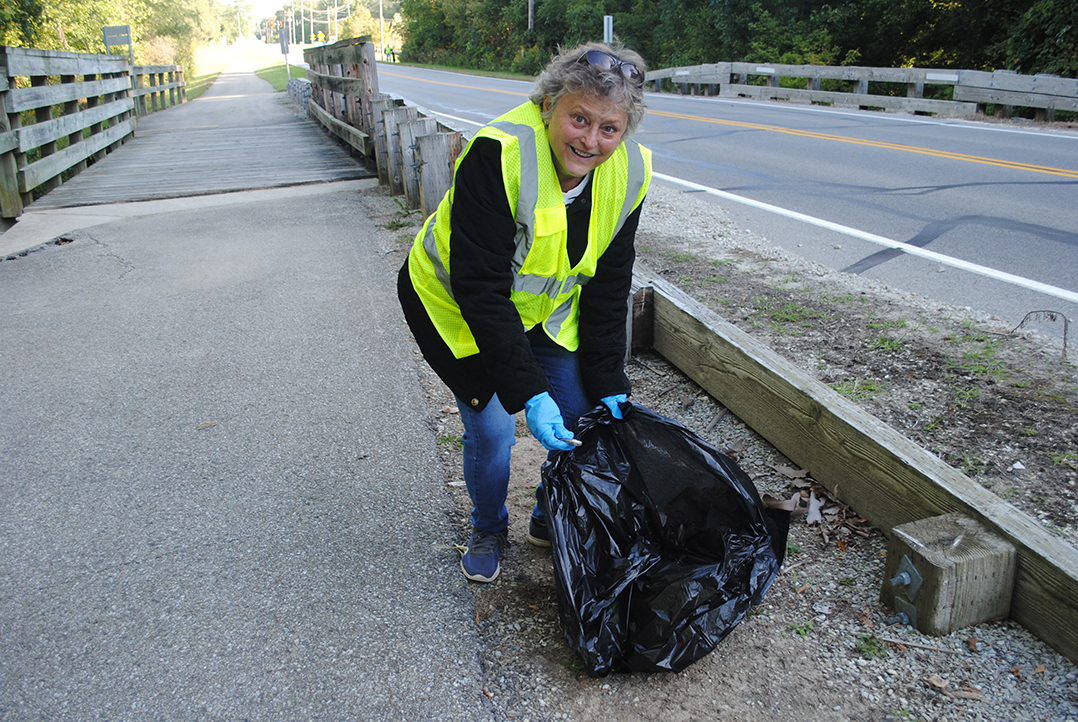 Jan Skinner, a member of the Westfield Lions Club, picks up trash during an ecology tour with the club. (Photo by Anna Skinner)

Gov. Eric Holcomb’s stay-at-home order in March drove home the severity of the COVID-19 pandemic for Jeff Larrison and other members of the Westfield Lions Club.

“We knew, at that point, with the way the numbers were going that this was going to be awhile before we got back to normal,” said Larrison, the club’s secretary.

Many service clubs in Westfield are stuck in limbo as they wait for the return to normal.

Because their projects are oriented around contact with the community, the organizations have limited options. Fundraisers that can be conducted outdoors or with sufficient social distancing are still feasible, but the rest – and often majority – of events have been canceled. Without fundraisers, the clubs cannot sustain operations and complete their typical service projects.

“We’ve tried to come up with some (alternative) ideas, and so far, we’ve not struck on anything that was worth trying,” Larrison said. “The risk was probably too great.”

The Rotary Club of Westfield is in a similar situation. It relies on fundraisers, which club President Melody Jones said are not happening in the foreseeable future. In addition, the transition to virtual meetings creates challenges for members who struggle with technological fluency.

Despite the difficulties, Jones said the Rotary Club continues to serve the community through safe and low-budget service projects. The members’ latest undertaking is the restoration of yards at temporary houses for families who have lost their homes due to the economic shutdown.

“We are trying our darndest to do whatever it takes to (help),” Jones said. “When there is a need, that just makes us want to do even more. And when you’re limited in what that is, I think that just builds that intensity even more.”

The Kiwanis Club of Westfield hasn’t dealt with the same obstacles as other organizations. Many of its projects, like the Avenue of Flags and library beautification, were already outside events or could be moved outdoors. The Avenue of Flags even saw an increase in interest as a result of the pandemic, club President Cindy Cherf said. Membership is rising as well.

“We’ve had so many new members,” Cherf said. “I think this pandemic has really changed people in that they want to give back to their community, and they want to feel like they’re able to contribute.”

Although the Kiwanis Club can continue operating, the Westfield Lions Club was impacted not only by the pandemic but also by local construction that made access to the building difficult. Larrison said club members recognize that they are “biding their time,” but they remain optimistic about the future and are eager to resume service projects.

Meanwhile, the Lions celebrated their 90th anniversary this month. The event commemorated their distinction as the “longest-serving service club in Westfield,” Larrison, said. She added that it gave the members an opportunity to reconnect.

“We’re really proud of that (milestone),” Larrison said. “We’re anxious to get back to doing what we’re known for, what we’re good at.” 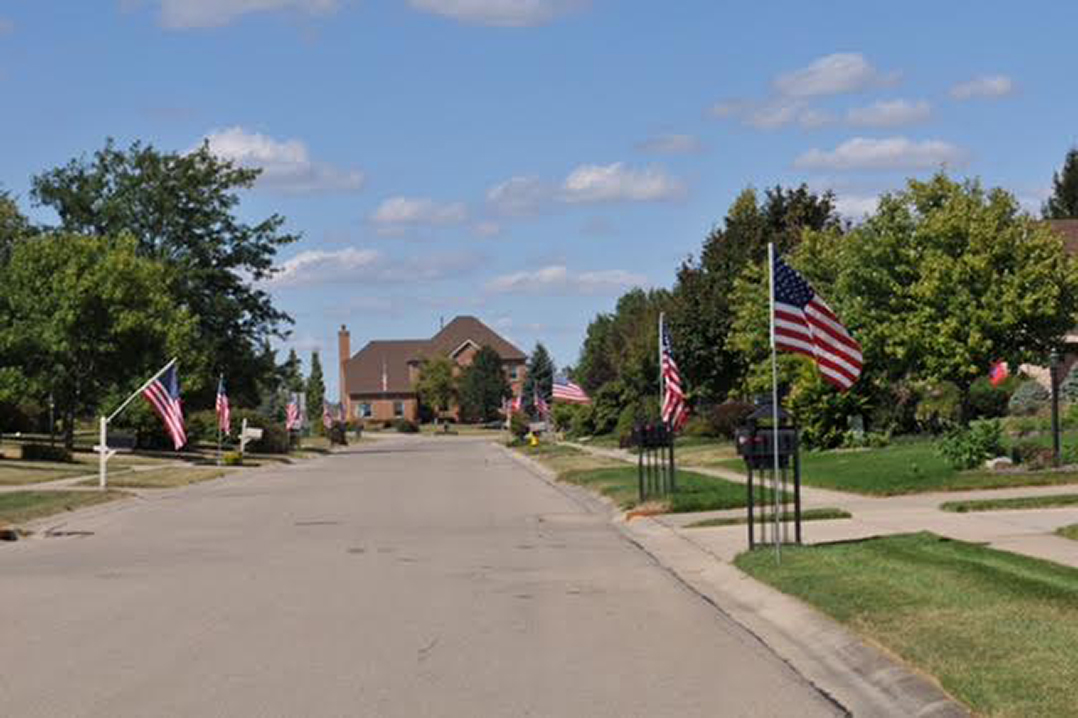 When the Kiwanis Club of Westfield began the Avenue of Flags program three years ago, about 75 Westfield residents purchased flag memberships. Now, nearly 10 times that many participate in the project.

The Avenue of Flags, which remains largely unchanged by the coronavirus because it is an outdoors event, is a fundraiser based on “flag memberships.” An annual membership pays for the installation and removal of an American flag and pole on flag holidays.

“(With) the pandemic and the patriotism that has come, we are almost to 700 flags,” club President Cindy Cherf said. “It has just exploded.”

Funds from the purchases are allocated to programs that support Westfield’s children. In the past, the club has donated to Riley Hospital for Children and sponsored scholarships.

“With that money, we give it all back to the community,” Cherf said.