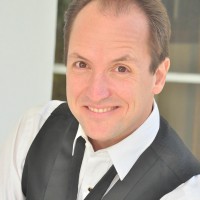 “The weather can change on a dime,” he said. “We were watching the weather minute-by-minute.”

Due to the inclement weather on Oct. 23, Carmel-based ATI had to cancel its DRIVE-IN Theater concert of “Cole With a Side of Hoagy” at the Monon Shopping Center in Carmel.

ATI is offering a live stream production of the show, which pays tribute to Indiana composers Cole Porter and Hoagy Carmichael, from 7 to 9 p.m. Oct. 29. Tickets are $20 per device or household. Livestream tickets are complimentary for those who have already purchased tickets for the Drive-In show.

Farrell said ATI officials kept monitoring the bad weather, including rain and lightning and had to be careful because they were using rental equipment, including LED lights, and a metal stage.

“We set everything up, and then another system came in and we had to take it back down,” Farrell said. “We didn’t put everything up and we were doing it in stages. As we were coming up on time, it just wasn’t the safest thing to do. Normally, we would try to do it the next night, but we had scheduling conflicts with a lot of performers and designers. We’re excited about doing the streaming of it and we’ll do that in our warehouse to give the patrons a show still.”

“It’s not going to be as fun as everyone coming together, but we will be able to reassess and fine-tune things for November,” Farrell said.

A third ATI Drive-In Concert is set for Nov. 27 at the Monon Shopping Center. The first one was held Sept. 18.

Brad Osborne, a MEG & Associates’s troubleshooter, will be available to help people connect with the livestream. For more, visit atistage.org.