You are at:Home»Current in Fishers»Fishers Community»Hamilton Southeastern schools presents 2021 budget

Hamilton Southeastern Schools CFO Cecilie Nunn presented the proposed 2021 budget to the Board of Trustees at its Oct. 14 meeting. 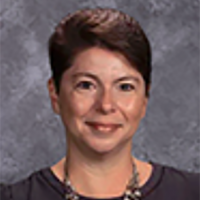 “The education fund is almost 100 percent funded by the state, and it is very important because that pays for our teachers, pays for our counselors, our instructional assistants, our principals and assistant principals,” Nunn said. “It is over 97 percent salary and benefits, and a small portion is allocated for supplies and professional development.”
Nunn said the referendum fund is equally important.

“That supplements our education fund and pays for our education fund expenses,” she said. “Our current referendum expires at the end of 2023, so starting next school year we will be talking next steps, either renewal or whatever that might look like. It is generating $22 million in 2021, and without those dollars available to supplement the education fund, the district wouldn’t look the same.”

The education fund accounts for 65 percent of the budget. Debt service funds, which go toward renovating schools or building new schools, make up 15 percent.

“That is a much better spot to be in than in the previous Recession, when our student population was growing faster than our assessed valuation,” Nunn said. “What this means for us is, higher assessed valuation generates more money for debt service funds, the referendum fund and operation funds.”

However, the district’s enrollment is down 400 students.

“We attribute this to COVID and don’t know if this is a trend going forward,” Nunn said. “It is a little early to know for certain. There is still growth happening in Fishers and Wayne Township.”

Nunn said the district lost a number of students at the kindergarten level.

“We hope those families return to us next school year,” she said. “It’s possible we should update the demographic study. We just had one done last November, but when that was done there was no way to know we would be living in a pandemic, so we might want to update that in the spring of 2021 to see if this is a trend or a one-year dip.”

With the enrollment decrease, Nunn said the district is planning for a budget deficit in the education fund for 2021.

“We will pull together a budget study task force,” Nunn said. “This group has come together in past years when we needed it to balance the budget, so we will be bringing them together again to address that.”

Because the budget was only an introduction, a vote wasn’t taken. No one spoke during the public comment section. The school board will vote on the budget during its Oct. 28 meeting. For more, visit hseschools.org.