In a typical year, more than 1,000 artists, performers and arts and culture patrons gather at Start with Art, a popular Arts Council of Indianapolis fundraiser to kick off the fall arts season. This month, the Arts Council will host (Re)Start with Art, a virtual benefit presented by Schahet Hotels and produced in partnership with WFYI, to support COVID-19 relief and recovery of the arts and cultural sector and celebrate all the innovative ways. 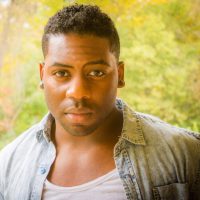 Tickets are free for (Re)Start with Art, which will be streamed from 7:30 to 9 p.m. Oct. 23, on YouTube Live, and all donations will benefit the new Keep Indy Creating Relief Fund. The Arts Council has launched a campaign to raise $1 million for the Relief Fund, which will provide emergency grants to central Indiana creatives and nonprofit arts and cultural organizations that are suffering severe financial losses due to an estimated 30,000-plus event cancellations and venue closures between March and September.

(Re)Start with Art will present music, theater and dance performances and special guest/celebrity appearances. Carmel resident Emmanuel Carter will serve as host and emcee. Carter competed on “America’s Got Talent” with his former dance group, co-starred in the 2019 Netflix show “Soundtrack,” appeared in the film “Creed 2,” has performed on TV shows “Fatal Attraction” and “For My Man” and appeared in more than 40 commercials.

The Fund also is supported by a public campaign to reach the $1 million goal. Individual donations of any amount made by Dec. 31 will be doubled by the Efroymson Match Challenge up to $100,000.