“We were happy to take it,” McCordsville Town Manager Tonya Galbraith said. “It’s going to help with the park deficiency we have in the town, and it’ll give us another area for our residents to play and recreate and get some exercise.”

McCordsville assume ownership of Old School Park in January 2021. Its only other park is at Town Hall.

McCordsville conducted a survey of resident to see what they wanted in a new park.

“We don’t want to be presumptive of what the residents might want. That’s why we did the survey, to see what they might desire there in time,” Galbraith said. “We are going to have to take time to figure out the best way to program it and take it over because we don’t have a parks department. We will have to figure out with our existing staff how best to utilize the park and see the needs and how much money we have.”

“It was generous of the township to gift us this park, and we hope to continue making it a good place for our residents and those of Vernon Township as well to play and have fun and spend some time outdoors with the family,” Galbraith said.

Some of the Old School Park survey questions asked residents whether the park should continue to charge groups to use it, if the tennis courts should be transitioned to Futsol courts or pickleball courts, if the playground equipment was adequate, if security cameras should be installed and what hours the park should be open, among other input. The survey closed Oct. 9.

Vernon Township Trustee Flory May said the township donated the land to the towns because the it wanted to ensure it was operated efficiently.

“We looked at the parks and looked at the towns, and the two towns both have a focus on developing parks with plans, and they have maintenance staff, they have parks boards and they have the capacity to professionally manage and plan for the parks. The township has none of those things,” May said. “So, in our analysis, we just determined it made sense that Old School Park and Hampton Fields were operated by the two towns and we needed to do the outreach to turn those parks over to the towns where we think they reasonably and responsibly belong.”

The township board and both town councils accepted the transfers in August.

May said it was difficult tracking the history of the park. 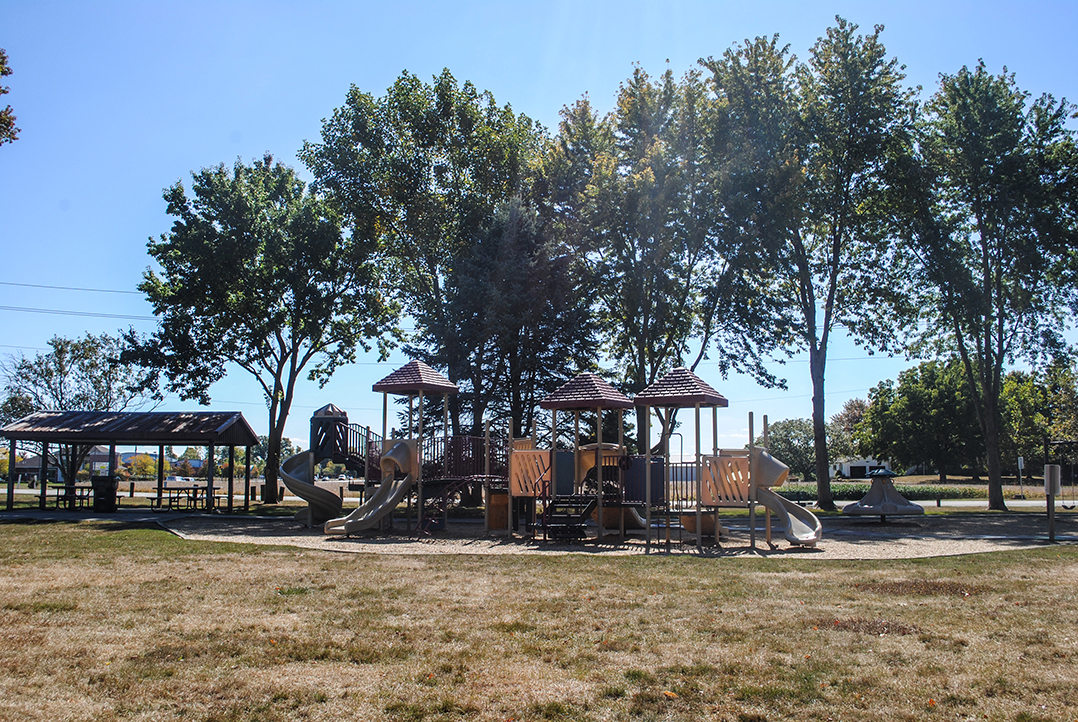 Vernon Township transferred ownership of Old School Park to the Town of McCordsville. The town will take ownership in January 2021. (Submitted photos)

The Town of McCordsville established a park impact fee in February 2019. The fee charges each residential building permit $832, and the funds go toward purchasing land and expanding the trail system within McCordsville.