You are at:Home»Indiana»Westfield resident Rainwater learns from previous campaigns 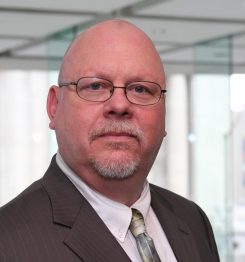 Donald Rainwater wasn’t familiar with the business of politics when he first ran for public office.

As a Libertarian Party candidate, Rainwater ran for the Indiana State Senate District 20 seat in 2017; Indiana House of Representatives District 24 in 2018; and for Westfield mayor in 2019. Now, as the Libertarian candidate for governor, he is much better prepared.

“I believe that I have learned a tremendous amount from my previous runs for office,” said Rainwater, who has lived in Westfield since 2008. “As a concerned citizen and not a professional politician, I did not have the benefit of large political organizations and spent a lot of time learning how to campaign on-the-job. Every voter interaction and media contact has been a valuable learning experience to bring me to where I am today in this campaign.”

Rainwater, 57, joined the Libertarian Party in the spring of 2016. Prior to that, he said he was never a member of a political party.

“I was an independent voter who voted in Republican primaries when I found a candidate in the primaries about whom I felt strongly,” said Rainwater, adding he has never voted in a Democrat primary. “I have long been concerned that our state government is focused on increasing taxes, spending and debt. I believe that we need better government, not bigger government. The governor of the state of Indiana should be providing the leadership to reduce the size and scope of government, not be leading the charge to constantly increase it. My belief in constitutionally limited small government was my motivation.”

Rainwater said his background has prepared him.

“Over the past 40 years, I spent eight years in the U.S. Navy in personnel management and administration,” he said. “After leaving the Navy, I taught computer and administrative courses in two vocational colleges as well as managed a retail store and a residential property. For the past 20 years, I have been in software development, including project and personnel management. During my years in software development, I have worked extensively in a vendor capacity within Indiana state government.”

Rainwater said some Hoosiers might be supporting him because of Holcomb’s restrictive orders during the pandemic and reopening Indiana’s economy more slowly than some would like, but that is just part of it.

“I believe, in many cases, the executive orders were the last straw in a long line of actions over the past four years,” Rainwater said. “Many Hoosiers have been very dissatisfied with the increases in taxes, spending and debt as well as the focus on large corporate interests, often to the detriment of Hoosier small businesses. At least, that’s what I am hearing from Hoosiers around our state.”