You are at:Home»Current in Westfield»Westfield Education»Westfield Washington Schools hires new director of communications 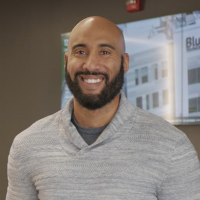 Westfield Washington Schools has hired a new director of communications. Joshua Andrews began his role Sept. 1. He replaces co-directors Carrie Cason and Kate Snedeker, who job-shared the position the past four years.

Andrews graduated from Rutgers University with a bachelor’s degree in psychology. He spent 12 years in the Army National Guard, where he served two tours in support of Operation Enduring Freedom, did public affairs for New Jersey’s Dept. of Military and Veteran’s Affairs and supported Hurricane Sandy relief efforts.

“We are thrilled that Josh is joining our amazing team,” Supt. Sherry Grate stated. “He brings a multitude of talents and experience to the team which will help further our mission and our abilities to reach our community and help share our story.”