You are at:Home»Current in Carmel»Carmel Community»State opens COVID-19 testing to all Hoosiers

Editor’s note: The OptumServe testing site at Grand Park in Westfield was moved June 15 to 400 Lafayette Rd. in Noblesville.

State officials announced that starting Monday all state OptumServe Federal Health Services COVID-19 testing sites will offer free testing to any Indiana resident, regardless of whether they exhibit symptoms of the disease. 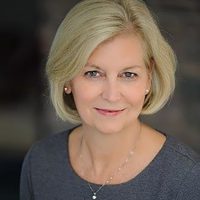 While all OptumServe sites will allow all residents to be tested, some other testing sites will require residents meet listed criteria before being tested. The state partnered with OptumServe in April to expand it’s testing capacity.

“We recognize that this is a significant change form our focus on high-risk individuals who are symptomatic, but our testing capacity has improved significantly since the start of this pandemic, and we want Hoosiers to take advantage of that,” Box said during a virtual press briefing.

To date, Indiana has established 202 testing sites located in 80 percent of the state’s counties.

In Hamilton County, one OptumServe testing site is in Westfield at 19000 Grand Park Blvd. Another OptumServe testing site is in Boone County, at the Boone County Fair Grounds in Lebanon, starting Monday. Scheduling is required. To schedule an appointment, call 888-634-1116. Children younger than 12 years old can now also be tested at these sites, Box said.

“Any Hoosier can get tested. Period,” Box said.

State officials also announced an additional feature would be added to its online coronavirus dashboard. State officials said, starting tonight, the dashboard would include breakdowns of COVID-19 positive cases by zip code. But Box warned there are some limitations to the new data.

“If there are fewer than five cases in a zip code or if a zip code has a population below 1,500 people, the counts will be suppressed,” Box said. “Some zip codes have no cases. Zip codes often cross county lines, so zip code counts won’t align with county-level counts in most cases.”

Data from the Indiana Health Information Exchange, analyzed by Regenstrief Institute, an Indianapolis-based research institute, shows 37,694 distinct patients have been diagnosed with the disease since March 1, a conservative calculation that excludes positive cases reported directly to the Indiana State Health Dept.

Of the 6,314 who were hospitalized, 1,345 (21 were admitted to an intensive care unit, 73 percent of which were discharged, and 8 percent were “likely still hospitalized.”

The institute calculated 18.6 percent of hospitalized COVID-19 patients were known to have died of the disease.

To date, the ISDH reports 39,146 cumulative Indiana COVID-19 cases and 2,214 known deaths from the disease – the ISDH estimates another 182 are likely to have died from the disease though no positive test is on file.