The City of Carmel Memorial Day Ceremony turned into a virtual production May 22 because of the coronavirus pandemic.

The ceremony included comments from Mayor Jim Brainard and a short keynote address from Carmel resident Mike Getchell, who retired with the rank of colonel after 30 years with the U.S. Army. 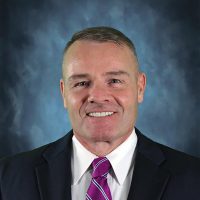 “Memorial Day is one of our nation’s most solemn days. It is often marked with parades, visiting memorials and decorating the graves of those who have fallen in war. While the COVID-19 pandemic is making observance of Memorial Day 2020 different, it can not lessen its importance,” Getchell said. “We do not gather to glorify war but to glorify the deeds of men and women in war. Memorial Day is not a tribute to war but a lasting tribute to our heroes and their deeds.”

Getchell paid tribute to Private First Class Christopher E. Hudson, a Carmel resident, who joined the U.S. Army after the terrorist attacks of Sept. 11, 2001. Hudson was killed while on patrol on March 21, 2004, in western Baghdad, Iraq, leaving behind a wife and two children.

“The words that adorn the entrance of Arlington National Cemetery, where many fallen heroes rest, speak volumes about the bravery of the men and women who risk their lives for our nation and about our responsibilities as beneficiaries of their sacrifice: ‘Not for fame or reward, not for place or rank, not lured by ambition or goaded by necessity, but by simple obedience to duty as they understood it, these men suffered all, dared all and died,’” Getchell said. “May we honor them by doing everything we can to serve and protect the freedom for our future generations whenever or wherever it is threatened.”

Getchell’s career included combat deployment in Afghanistan and Iraq. He joined Allison Transmission Inc. in August 2018. His focus is business development of defense programs in Asia and Australia.

Getchell and his wife, Song, have two sons, Paul, an Army officer with the 101st Airborne Division (Air Assault), and Daniel, a sophomore at James Madison University.

The ceremony, which was available to watch on Facebook and Carmel TV, included taped portions from the 2018 and 2019 ceremonies. Actors Theatre of Indiana co-founders Don Farrell, Cynthia Collins and Judy Fitzgerald recently taped some songs for the ceremony.