Victor Wakley is passionate about helping veterans, as evidenced by his longtime position as president of the nonprofit Save Our Veterans, Inc. 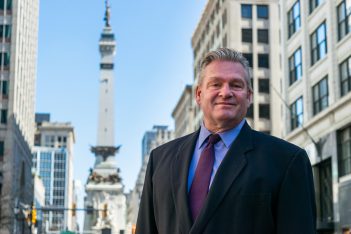 But as evidenced by his other interests, the Indianapolis resident is not a one-issue candidate as he bids for the Republican nomination for the 5th District Congressional seat. He is one of 15 GOP contenders vying for the seat occupied by Republican Susan Brooks, who is not seeking reelection.

“Indiana deserves a congressman that will support the ideals, values and agenda of the voters in the entire 5th District of Indiana,” said Wakley, who lists reducing the national debt, creating job training programs and establishing free agriculture education for farmers among his priorities.

He also supports alternative energy options, such as solar, and favorable financing opportunities for farmers. But assisting veterans also is a priority issue.

Wakley, who has more than 20 years of experience in the banking and business worlds, has served as president of Save Our Veterans since 2009. The organization provides career training and work opportunities for veterans and offers certified training programs for qualified veterans and civilians in fields such as welding, HVACR, IT and green technologies.

Save Our Veterans also supports PTSD research, advocates for legal protection for veterans and partners with individuals and companies to raise funds and awareness for veterans programs.