At its peak in the 1920s, researchers estimate more than 250,000 Indiana residents, including prominent businessmen and politicians, were members of the Ku Klux Klan.

In March 1995, the late Don Roberts, a building contractor and retired teacher, discovered a trunk full of old Ku Klux Klan membership cards in a Noblesville barn on Wayne Street he had acquired in an estate sale purchase. Roberts donated the records to the Noblesville-based Hamilton County Historical Society. Partially due to the fragility and deterioration of the cards, HCHS restricted public access to serious scholarly researchers. Descendants and genealogists could ask HCHS if their ancestors’ names were included in the collection. The cards were of members from all across Hamilton County. 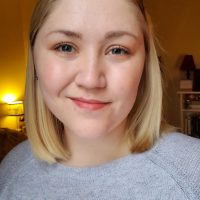 HCHS voted earlier this year to donate the cards to the Indiana Historical Society, where the records have been transported.

“They have a great reading room and conservation service for collections like this while our museum is super interesting and a valuable house museum does not have archival standard reading room for people to review collections,” HCHS President Jessica Petty said. “We knew there it would be completely open and there wouldn’t be any holding back of the collection because the collections there are all open to the public.”

The Indiana Historical Society has been closed due to the coronavirus pandemic.

“The cards are from the 1920s when the Klan had its last large following in Indiana,” Petty said.

The KKK in Indiana began to collapse in the aftermath of the rape and second-degree murder conviction of Grand Dragon D.C. Stephenson in November 1925 at a trial in Noblesville. When his ally, Gov. Edward L. Jackson, refused to pardon him, he implicated Jackson in a bribery scheme when Jackson was Indiana’s secretary of state. The scandal effectively ended Jackson’s political career after one term as governor.

Petty, a 2015 Hamilton Heights High School graduate who is working on her master’s degree in public history and library science at IUPUI, said when the HCHS made the controversial decision to restrict access in 1995, it drew national attention.

Petty said it was a complicated decision because some descendants might not want to know if their relatives were Klan members or have others find out.

“Since this is such a controversial or high stakes part of history, we weren’t confident of control over that,” Petty said of keeping the records safe. “That was a factor in 1995 as well as today.”

A member of the Noblesville Diversity Coalition approached the HCHS about changing the restricted policy.

The HCHS, working with the NDC, will present a program as part of the NDC’s four-part series on the history of Noblesville. A session, tentatively set for October 2020, will focus on the mid-century era (1920-1970), which includes the history of the Ku Klux Klan in Hamilton County, and Noblesville, in particular.