You are at:Home»Lifestyle»Travel»Column: Zermatt and the Matterhorn 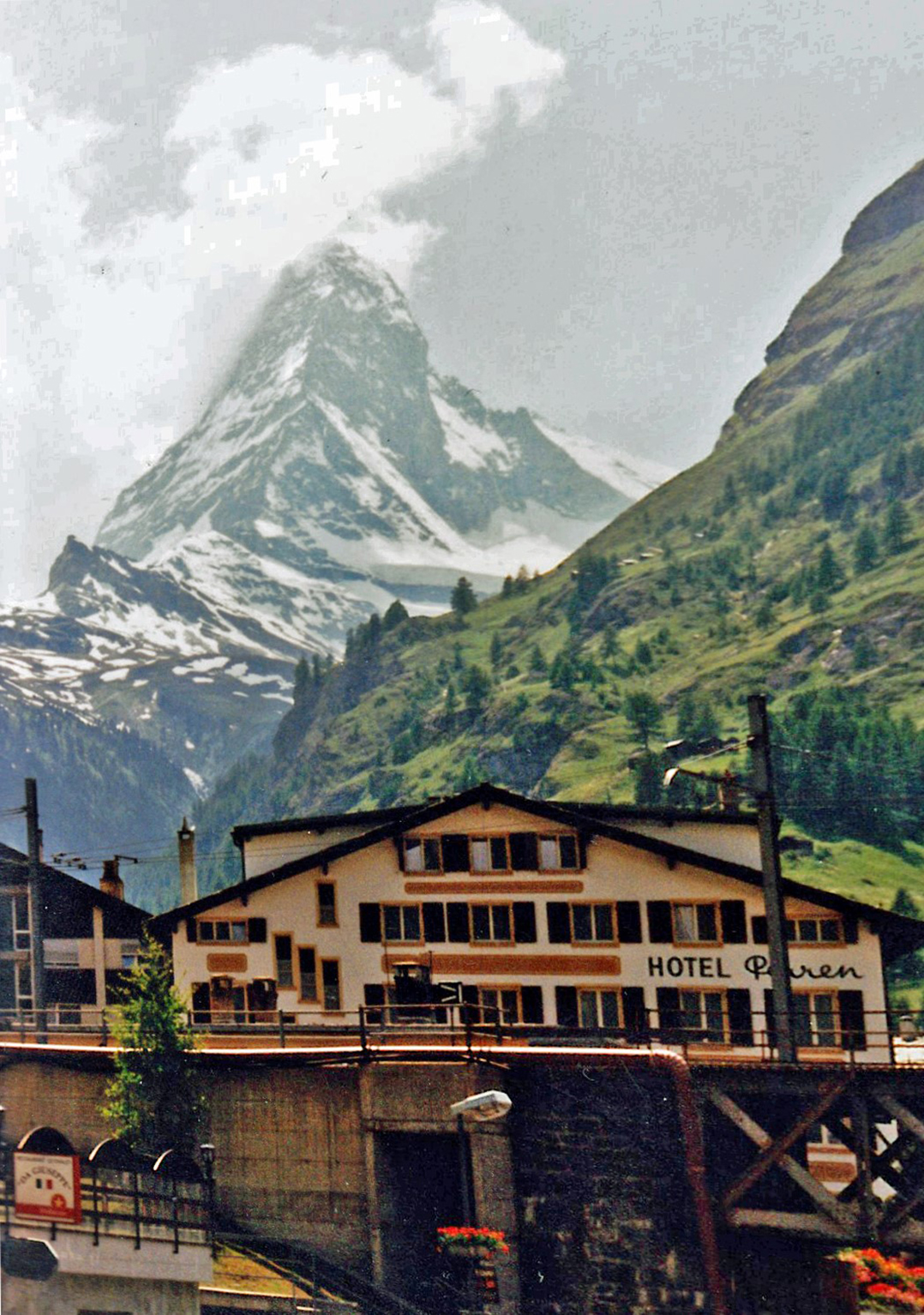 View of the Matterhorn from Zermatt, Switzerland (Photo by Don Knebel)

Zermatt, Switzerland, is one of the most popular ski resorts in the world. Its transformation from a farming village followed a tragic climb to the summit of the famous mountain that overlooks the town.

Zermatt lies about a mile above sea level, a few miles north of the Swiss border with Italy. The town is surrounded by mountains, the most famous being the pyramid-shaped Matterhorn. By the middle of the 19th century, the Matterhorn was one of the few Alpine mountains that had not been conquered and was the subject of international competitions to reach its 14,692-foot peak. In July 1865, Edward Whymper, a British mountaineer who had failed to reach the summit seven times, set out from Zermatt with six other climbers. They reached the summit of the Matterhorn on July 14, just before Italian climbers. On the descent, after spending an hour at the peak, four of the seven climbers fell to their deaths. The international news of the tragedy called attention to Zermatt, which soon became an international destination for climbers and then skiers. Hotels and restaurants followed.

Today, Zermatt, with a permanent population of fewer than 6,000, has fashionable shops along its three main streets. To maintain pristine views of the Matterhorn, vehicles employing internal combustion engines are banned and visitors get around on electric vehicles. A variety of tours into the surrounding mountains, including the Matterhorn, attract visitors simply wanting an Alpine experience. In addition to being a destination in its own right, Zermatt also is the terminus of the famed Glacier Express, considered the slowest express train in the world. The train, featuring cars with panoramic windows, takes eight hours to traverse the 81 miles from Zermatt to St. Moritz, crossing 291 bridges, passing through 91 tunnels and providing among the most spectacular views in the world.