You are at:Home»Current in Carmel»Carmel Community»Torr to focus on state’s economic outlook during campaign

Carmel resident Jerry Torr’s main motivation for wanting to continue to serve as a state representative is to strengthen Indiana’s economic development.

Torr, who was first elected to the House of Representatives in 1996, is running for re-election in District 39, representing Carmel. He is unopposed in the June 2 Republican primary. It’s the first time since 2012 he has been unopposed in the primary. 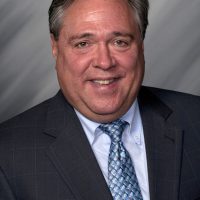 “Most of my legislative career has been geared toward business and economic development issues that have helped make Indiana one of the most attractive places to do business in the country,” Torr said. “We have a new (House) speaker (Todd Huston), so I want to be there to make sure he gets off to a good start in his first full session as speaker. I have experience that not a lot of legislators have.

“We’ve had an awful lot of turnovers in the last 10 years, so there aren’t very many of us left with that kind of experience.”

Torr said he expects major issues with the budget with the economic fallout from the coronavirus pandemic.

“We won’t know for awhile how much revenue we’ll be down,” Torr said. “Thankfully, we’ve put the state in a good position with a very healthy reserve, or what many refer to as the rainy day fund. Over the last few years, it’s been really healthy. We’ve had to fight of Democratic proposals to spend it down. Thank goodness we have because now we’ve reached that rainy day.

“I think lots of needs will emerge over the next few months as we learn more what the current crisis is going to do to the economy. I think by fall, we’ll probably have a better idea of what kind of measures we need to help employers in Indiana.”

Torr said in a budget year, one of his priorities is to get as much funding for Carmel Clay Schools as possible.

“We’ve made a lot of headway on that. Carmel used to be at the very bottom (of funding per student),” Torr said. “When the Democrats controlled the House, they protected school districts that were losing enrollment like IPS and Gary to the point where IPS was funded almost twice as much per student as Carmel. We’ve tried to even that out over the last decade.”

Torr, 62, said he evaluates each year if he wants to run for another two-year term.

“As long as I feel I’m making a positive contribution and it works for me with the rest of the balance in my life, I haven’t made any decisions when to stop running,” Torr said. “But I certainly want to serve at least the next term.”

Torr defeated Mark Hinton with 57 percent in the 2018 general election. Hinton and Ashley Klein are running in the Democratic primary.