You are at:Home»Current in Zionsville»Zionsville Cover Stories»Shining a light: Akard store displays goodwill during the pandemic

Akard True Value Hardware, like many other businesses, has been rocked by the COVID-19 pandemic.

The store, a Zionsville staple, is deemed an essential business and is open from 9 a.m. to 6 p.m., with the first hour dedicated to those most at risk to the disease caused by the new coronavirus. Customers shop in gloves, facemasks and, sometimes, homemade face shields. Others wear no protective gear.

Although much has changed the last few weeks, co-owner/vice president Leigh Ann Akard said the store has proven how little it has changed through the years by providing messages of hope, helping local initiatives and celebrating the store’s history. 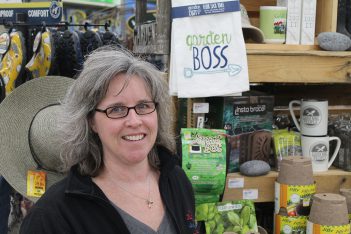 Independently owned and operated, many True Value hardware stores across the U.S. are joining True Value Co.’s Shine-A-Light campaign by hanging decorative lights in their storefronts to express goodwill, hope and solidarity during the pandemic.

In a partnership with Second Nature Lighting, Akard True Value Hardware recently joined the campaign by decorating its store in patriotic lights.

Known for being a resource in times of crisis, the store’s managment has displayed lights to lift spirits and show solidarity with the community it assists in many ways throughout the year.

“It’s dark and it’s uncertain, and there’s a lot of uncertainty for everybody, and lights just show light and cheer,” Akard said. “We wanted to bring that back.”

To spread cheer, the store for years has been a collection location for food going to the Boone County Caring Center and the Indy Reads project, an initiative to improve the literacy of adults and families in central Indiana.

Joe Hollingsworth, store manager at Akard True Value Hardware, said the store also has served as a drop-off space for the Sew to Serve project, a local initiative to sew surgical masks for health care workers.

“People are coming in and dropping either supplies (to make masks) or masks that they’ve already made,” Hollingsworth said.

When Gov. Eric Holcomb’s stay-at-home order –which in effect until at least May 6 — is lifted, Akard True Value plans to celebrate its 65th anniversary this year with a surprise on Main Street.

J.J. Akard, Leigh Ann’s grandfather, started the business in 1955 when he bought Zionsville Hardware. He changed the store’s name and lived in an apartment above after serving in Vietnam.

When the store first opened, it was on Zionsville’s Main Street, along its historic brick road. In the late 70’s, J.J.’s son, Steve Akard, purchased the store from his father and moved it to the Boone Village Shopping Center, a little more than a mile away, where it is now. Leigh Ann eventually became a co-owner with her father, Steve.

Leigh Ann plans for the store to open a pop-up shop on Main Street called Back to Bricks, in the same storefront J.J. opened all those years ago (where Three Dog Bakery was until recently). The pop-up shop, which will operate on a one-year lease and sell home décor and grilling items, was set to open April 1, but that date has been moved indefinitely to when nonessential businesses are allowed to reopen.

“How often is it that you literally get to go back to the exact same building that you were in?” Leigh Ann said. 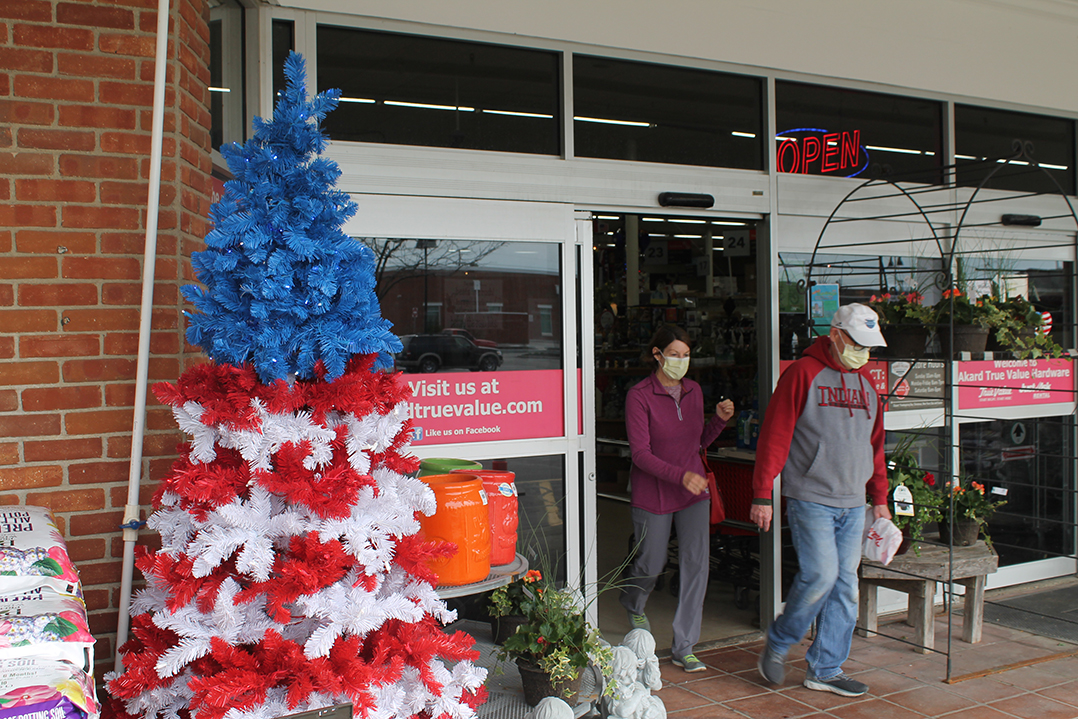 Akard True Value Hardware has more than 40,000 items for sale and has added curbside pick-up service. The store is developing an app that is expected to be released soon.

“When people call in to try to do curbside with us, it’s not like when you do it with the grocery store and you say, ‘I want a box of Kraft macaroni and cheese,’ or the equivalent,” co-owner/vice president Leigh Ann Akard said.

At the hardware store, during the COVID-19 pandemic, Akard said she and her employees often begun to play what she refers to as charades with customers. If they have a problem, they visit the store and mime what tool they need.

“We’re not like the big, big boxes out there,” Leigh Ann said. “It’s a little more difficult to narrow down what they’re looking for or what they need to fix the problem.”