You are at:Home»Current in Carmel»Carmel Community»Ruckelshaus seeking second term in District 30

Rounding out his first term representing residents in parts of Hamilton and Marion counties, John Ruckelshaus isn’t ready to quit.

Since last summer, Ruckelshaus, a Republican, has been knocking on doors in his bid to server another four years as the state’s District 30 senator. The district covers parts of Carmel and Fishers. 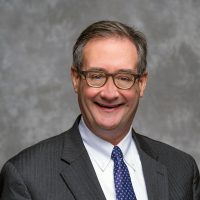 “I’m excited about the next chapter,” Ruckelshaus said. “I want to continue efforts for the foundation we’ve laid for driving down health care costs to Hoosiers, advancing workforce development issues and helping out people with intellectual and physical disabilities.”

Ruckelshaus said he is overseeing a project going through the legislature – the Indiana Youth Service Program – designed to help high schoolers more easily decide what they want to pursue for a career. The program would place students in a summer program that exposes them to working environments like manufacturing, teaching, computer science, farming and more.

“I’m a former business owner, so I understand the workforce issues, and I understand business,” Ruckelshaus said. “That really is one of the issues of our time. In Indiana, like around the country, a lot of employers are looking for workers. What draws me to that space (are) the ways that we can align our education system up with our workforce.”

Ruckelshaus graduated from Pike High School and Indiana University, where he studied political science and history. He is the director of business development at Van Ausdall and Farrar and is a consultant for American Health and Wellness. Politically, he served in the Indiana House of Representatives from 1990 to 1992 and was deputy commissioner for the Indiana Dept. of Workforce Development under former Gov. Mitch Daniels. He was elected in November 2016 to his current seat.

Ruckelshaus lives in Indianapolis with his wife, Mary. They have three children, Drew, 31, Maggie, 30, and Jay, 27.