Hamilton County Auditor Robin Mills has announced her reelection campaign. First elected in 2000, she is in her third term.

Mills is a lifelong resident of Hamilton County. 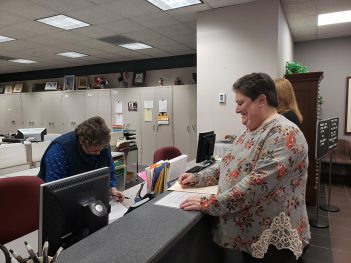 “I love my job, my hometown and serving the people of Hamilton County, and I want to continue to be a part of its growth and success,” Mills stated.

Mills has spent two decades in the auditor’s department, and every year Hamilton County has received the “Certificate of Achievement for Excellence in Financial Reporting” from the Government Finance Officers Association.

If reelected, Mills said her mission will remain the same as it has in the past. She wants to provide transparency, efficiency and accessibility to every Hamilton County resident.

“Everything that is done in the auditor’s department is founded on the concept of excellence,” she stated. “This philosophy, along with the dedicated staff within the department, is why the Hamilton County Auditor’s Dept. has consistently received the ‘Excellence in Financial Reporting’ certificate over the past 20 years. I am running for re-election to continue building upon the legacy of excellence that is the Hamilton County Auditor’s Dept. The individuals who live, work and visit the county, deserve nothing less.”