You are at:Home»Current in Westfield»Westfield Cover Stories»Lucky Labs: Pilots, nonprofit partner to rescue dogs from high-kill shelters and fly them to Indiana

For Lewisville-based Lucky Lab Rescue, rescuing Labradors and Labrodor mixes from high-kill shelters can be difficult when with regard to transportation.

That’s when Westfield resident Jeff Nelson and Indianapolis resident Gus Saucerman, both pilots, put their skills to use for the nonprofit.

In late December 2019, Nelson and Saucerman flew to Dyersbirg, Tenn., for their first dog rescue.
Nelson has a history of helping out when Lucky Lab Rescue needs him. 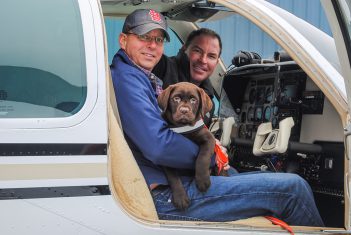 “Jeff helped us out at a couple of events. He adopted Ruby from us back in 2008,” Lucky Lab Rescue President Kathy Martin said. “He has been amazing with being a supporter and doing a lot of things for us. He went on a car trip and picked up a dog or two.”

“When we get a hold of the dogs, they’re pretty urgent and we need to move quickly to get them,” Martin said. “We do a lot of transporting with a vehicle, but you’re taking so much time.”
Instead of an eight-hour drive to rescue three dogs in Dyersbirg, Nelson and Saucerman flew in Saucerman’s Beach Craft Bonanza, which is hangered at Indianapolis Metropolitan Airport in Fishers.

The dogs were in a shelter that was at capacity and euthanizes dogs to make space. When Saucerman and Nelson arrived, Saucerman said the Labs looked like greyhounds because they were malnourished.

The mission was to bring the dogs back for adoption through Lucky Lab Rescue, but Nelson changed plans when he met one of the dogs. A yellow Lab he adopted in 2006 named Sonny had died in September, and he was considering adopting another dog because his other Lab, Ruby, is aging.

“I have always loved Labs, and we went and got our first one (in 2006), and he turned out to be awesome,” Nelson said. “We lost Sonny back in September. A couple months went by, and we started thinking maybe it was time to think about looking for another dog. Kathy said (Lucky Lab) had three dogs down in Tennessee and didn’t know how to get them up here, and Gus has an airplane, so we flew down there and got these three dogs and brought them back. 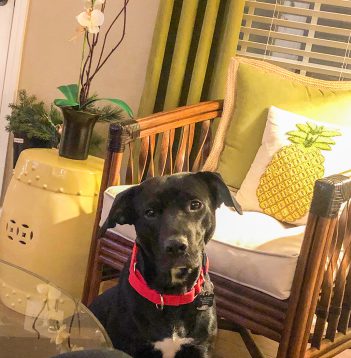 Winnie was adopted by Jeff Nelson through Lucky Lab Rescue after Nelson flew down to Dyersburg, Tenn., to bring the dogs to Indiana to rehome. (Submitted photo)

“(One of the dogs) was super-sweet, and we thought she might be pregnant, and I thought, ‘We’ll take them home and we’ll see.’ My wife falls in love with her, so we took her to the vet and they were like, ‘Yep, she’s pregnant’, and we’re like ‘now what?’”

Nelson adopted the dog, who he named Winnie, and built a whelping pen in his living room.

“We’re going to have some puppies,” he said. “We’ve never done it before.”

Winnie is expected to birth between three and five puppies. When the puppies are old enough, they will be rehomed through Lucky Lab Rescue.

Saucerman already has three dogs so he did not adopt one of the rescues.
“I have three already. I’m just the pilot,” Saucerman said. “I’ll go wherever Kathy or Jeff need me to go. I’m in.”

No other flights are scheduled, but Nelson and Saucerman are ready for the next call.

“That was the first one we did. There will be more,” Nelson said.

“That was the maiden voyage just to see,” Saucerman said. “It was a unique deal.” 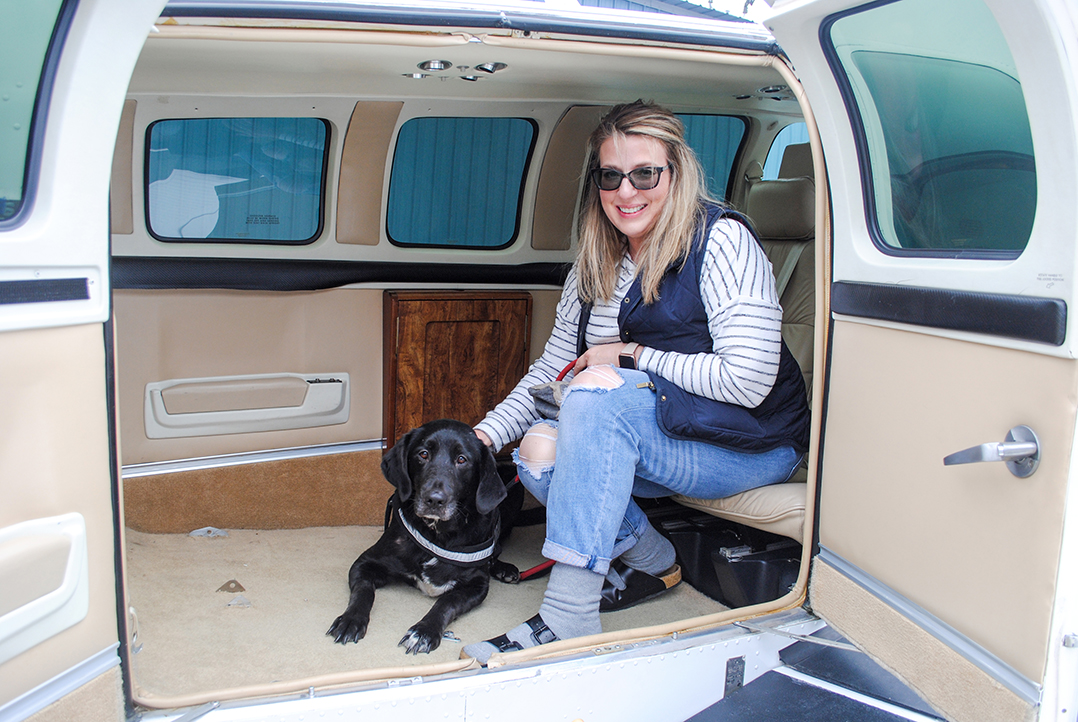 “We have a network of people in shelters we work with, and people just contact us about the dogs,” Martin said.

Although Lucky Lab Rescue prioritizes Labs, i helps a range of breeds.