You are at:Home»Current in Geist»Geist Community»Lawrence schools welcomes new board member

Crystal Puckett was sworn in as a new member of the Metropolitan School District of Lawrence Township Board of Education Jan. 15. She replaced Shawn Denney, who was elected to the Lawrence Common Council in November 2019 and transitioned off the school board in December. 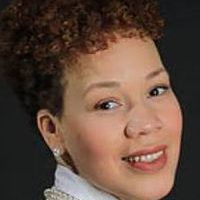 Puckett is a 2000 graduate of Lawrence Central High School. She has a cosmetology certification from Ivy Tech.
“I am a woman of faith and a servant at heart. I have wiped down tables in my children’s cafeteria and I have run a political campaign, all with the goal of leaving an impact on the places around me,” Puckett stated. “As I tell my kids, ‘Leave the place better than you found it.’ I am excited to come alongside to help support Lawrence on the track of continual growth and to hopefully, leave the place better.”

Puckett is married to Robert. They have five children, four of whom attend MSDLT schools. Her passions in education include early childhood education, teacher

Outside of the school board, Puckett is an activity partner with Faith in Indiana, which is described as “a catalyst for marginalized peoples and faith communities to act collectively for racial and economic quality in Indiana” on its website.

MSDLT is the ninth-largest and one of the fastest-growing school districts in Indiana. It serves more than 16,000 students. For more, visit ltschools.org.