You are at:Home»Current in Zionsville»Zionsville Community»Zionsville Chief of Police Robert Knox to retire 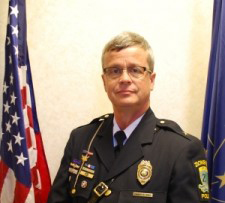 On Jan. 8, Zionsville Chief of Police Robert Knox announced he would retire after over 40 years of police duty, including 36 years as a police officer and 8 years in his current role.

“It has been an honor of a lifetime to have been able to serve in this great community,” Knox said.