Devin Randle grew up in a family of police officers, so he’s accustomed to loved ones working holiday shifts.

Now, as a four-year officer with the Lawrence Police Dept., Randle is adjusting to being away from his own family while working holiday shifts.

Randle works second shift from 2 to 10 p.m. If he works on Christmas, he spends the morning with his family before work. For Thanksgiving, it’s a little different.

“In the past, we have had the wives ride with us during Thanksgiving, or even Christmas and New Year’s,” the 29-year-old Carmel resident said. “They’ll ride with us while we’re at work.”

Sometimes, if an officer is working during Thanksgiving lunch, an LPD detective residing in the City of Lawrence will play host to Thanksgiving for their family and make enough food for on-duty officers who may want to stop by while working.

“One year Christmastime, it was really busy and really intense around the holidays,” he said. “Things pick up because of desperation. People get more desperate and steal things more frequently. Robberies happen more frequently.”

However, the spirit of giving increases for LPD around the holidays as well.

“We get a lot of donations around this time from people from different businesses and different families,” Randle said. “They bring in food for the officers working during the holidays, and sometimes the officers’ wives make food and send it.”

For the city’s utility and streets department, holiday shifts are handled by on-call employees. Entire crew will be called if an emergency warrants. Utility employees are on-call year-round.

During holidays, for example, if there is a water, sanitary sewer or storm sewer issue, or snow starts to fall, utility employees must respond.

When large emergencies occur, such as a water main break or a sewer backup, utility employees must respond within 20 minutes or less to minimize the impact residents and property.

In Utility Supt. Scott Salsbery’s personal experience, when an emergency happens on a holiday, utility employees allow the family party continue on until they can return.

“That’s how it has happened in the past. When those things happen, you just let the party carry on and get back as soon as you can,” Salsbery said. “A lot of times, people will wait and push dinner back a little bit. It just depends on when it happens. Sometimes, I’ve been out on a main break, gotten out there where we can have that thing fixed in two hours, but I’ve also been out on them (for) 24 solid hours.”

“It’s not pleasant, especially with guys with kids counting on opening presents,” he said. “Generally, family is understanding. They know that’s part of the job. The one thing that’s very helpful when you do have an emergency, especially on the holidays, you know you’re getting that holiday pay, so there’s kind of a compensation there, but it doesn’t help the fact that dad missed a Christmas again.” 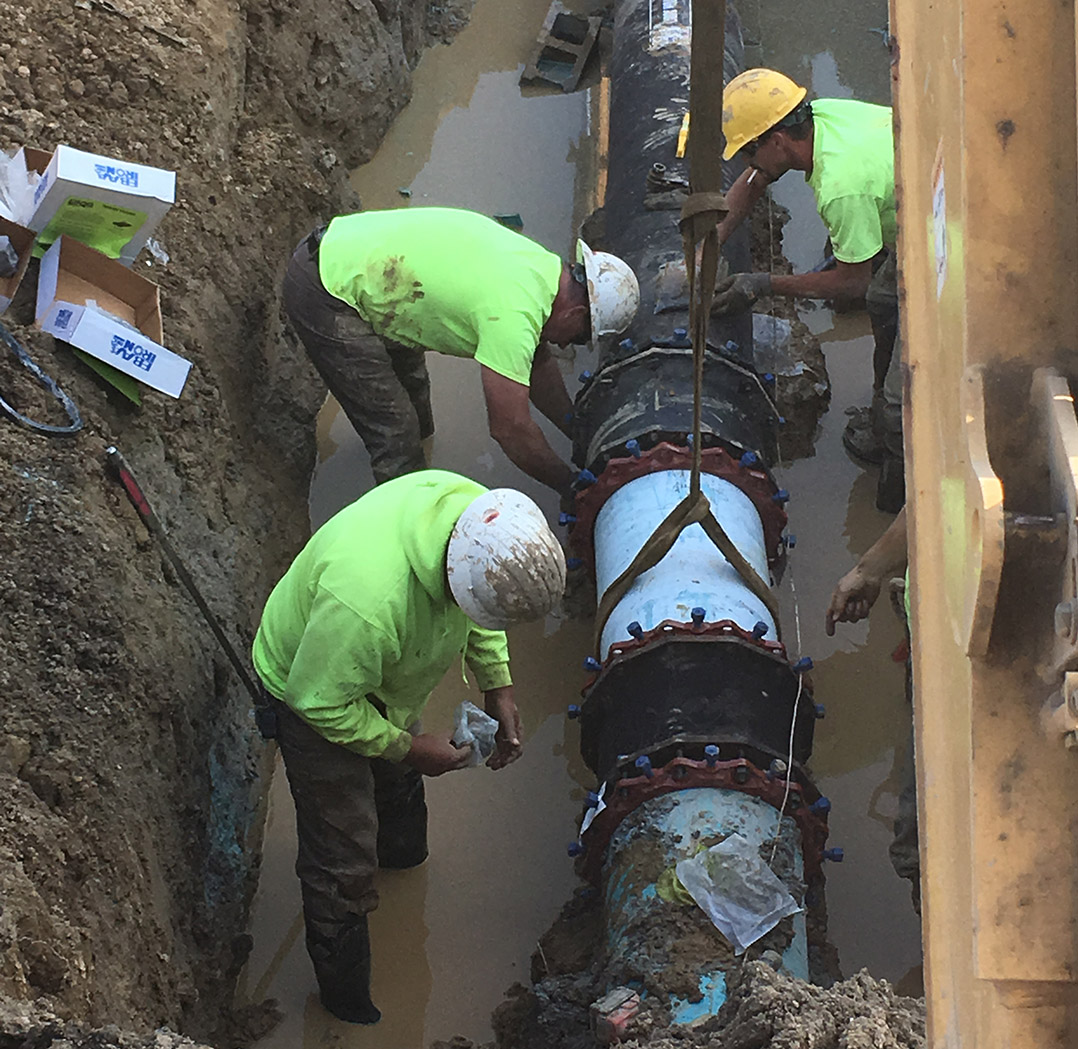 Utility crews are expected to respond 24/7 when an emergency happens, such as a water main break. (Submitted photo)

For the Lawrence Police Dept. officers and utility employees, they know what’s expected of them upon getting hired.

“Anytime we hire somebody onto any of the repair crews or water plant operations, they understand right up front that this job is, you’re on call 24/7,” Utility Supt. Scott Salsbery said. “There are things that break, and they don’t break on a schedule. So, we make very sure people understand right off the bat because it does happen, and it has happened on holidays as well as regular days.

“Needless to say, being willing to take a job where the potential for after-hours emergency response is very high takes a special kind of person,” he added. “I am thankful each and every day for the kind of people we have here in our operations who respond when called and take their job and responsibility to maintain water and sewer services to our residents and businesses very seriously. They are the silent heroes in the city.”

“That’s just part of it,” he said. “We just expect that going in. Holidays will be celebrated, just not necessarily on the day everybody else celebrates it.”